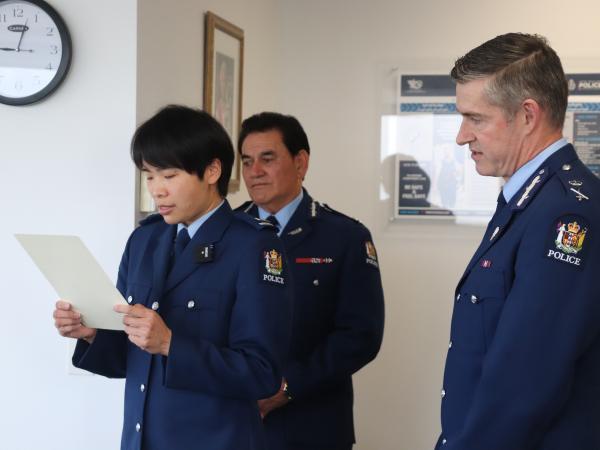 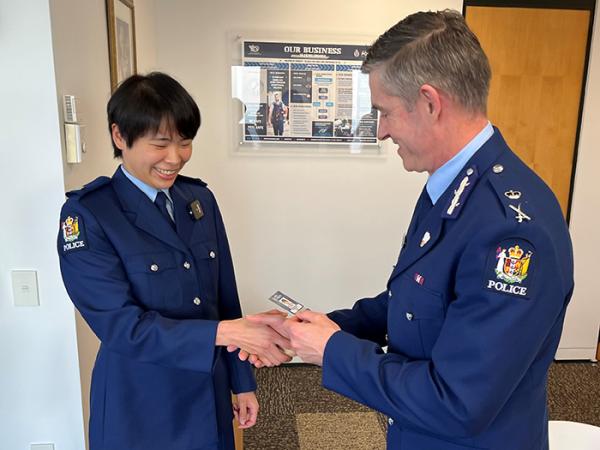 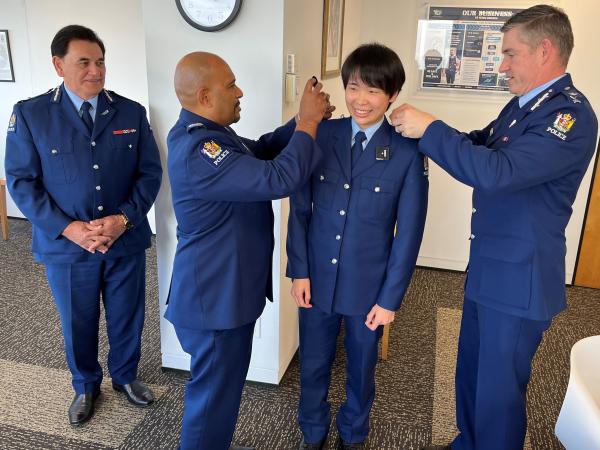 ​For the first time in 70 years a New Zealand Police Officer has sworn allegiance to the King.

Constable Polly Yeh was late to attest and graduate with Wing 357, so instead has attested with the Commissioner of Police swearing the Oath of Allegiance to King Charles III.

A handful of training staff from the Royal New Zealand Police College (RNZPC) were there to witness the small and unique ceremony.

Training Staff from the RNZPC support Polly on her big day with Senior Sergeant Kate Saxton announcing: “Commissioner Coster, I can report that I am satisfied that Polly Yeh is fit for duty and capable of exercising the powers of a constable pursuant to the Policing Act 2008.”

“I, Polly Yeh, swear that I will faithfully and diligently serve His Majesty Charles III King of New Zealand, his heirs and successors, without favour or affection, malice or ill-will. While a constable I will, to the best of my power, keep the peace and prevent offences against the peace, and will, to the best of my skill and knowledge, perform all the duties of the office of constable according to law. So help me God."

“What a great experience and special occasion," says Polly. "We toasted the Queen at our wing’s formal dinner in late August, but now today, I am swearing allegiance to the King; so that’s a bit different.”

Polly has the following advice for others who are thinking of joining Police: “Don't give up. It doesn’t matter where you are from in this world, there’s a special place for you in the New Zealand Police.”

Polly, who came to New Zealand to study in 2013 speaks Taiwanese, Mandarin and English, and a little Cantonese. She will be working in Counties Manukau.

Previous
'What is the name of this waka?'
Next
Guardians of our history