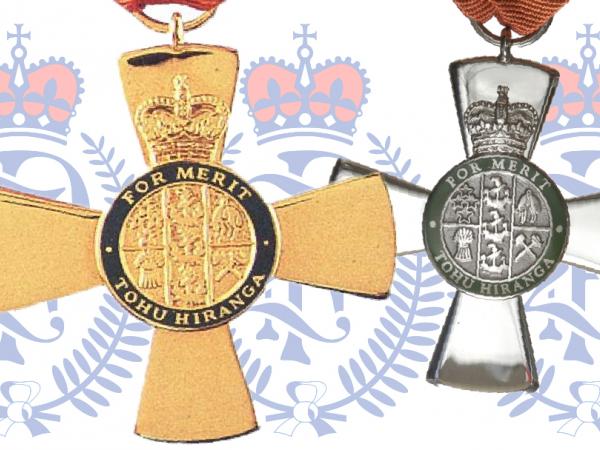 Three police staff with extensive investigation or prevention and community policing expertise are recipients of Royal Honours in the New Year list.

Detective Inspector Tom Fitzgerald, Police Liaison Officer in Canberra, becomes an Officer of the New Zealand Order of Merit (ONZM) for services to New Zealand Police and the community.

Senior Constable Russ Smith, Prevention, Youth and Community officer in Blenheim, becomes a Member of the New Zealand Order of Merit (MNZM) for his services to Police and to youth.

Mike Keefe, retired Detective Sergeant, and now a non-sworn member of police, has also received a Queens Service Medal (QSM) for services to the community, after being nominated by a community member. Mr Keefe has spent the last 30 years volunteering around the Rotorua Community Youth Centre Trust. He has been a Justice of Peace since 2000 and served more than 40 years with New Zealand Police.

“This is fantastic news and reflects their dedicated work and the high regard in which they’re held,” Commissioner Mike Bush said.

“Tom is one of our most experienced and respected investigators, having led numerous serious crime and high-profile homicide teams in Canterbury and Southern Districts.

“He is renowned for his focused, high-performing approach, combined with a desire to do what is right for victims.

“Russ’s forte is prevention, seeking out opportunities to develop and implement initiatives and programmes that benefit young people and others in the Marlborough Area.

“It’s great to see two officers who really understand policing being recognised with these honours. We’re proud of them both.”

Tom joined police in 1991 and has been an investigator since 1994. His citation acknowledges his excellence in serious crime investigations and his work overseeing the Commission of Inquiry into the Pike River disaster.

Russ has been working in community and prevention roles in Blenheim since 1996, apart from a six-month deployment to Timor Leste in 2010.

He is a champion for youth and community-based solutions. The citation makes special mention of his role in leading the Marlborough Youth Trust as chairman since 2007, his involvement with the Safe and Sound at the Top advisory group, his longstanding work with Marlborough Blue Light and the Combined Adolescent Challenge Training Unit and Support (CACTUS) programme in schools.

Other activities include implementing an education and pastoral care package for Recognised Seasonal Employees in Marlborough and a project working with communities to clean up streets and properties, fostering pride within neighbourhoods.

The police recipients are surprised and delighted by news of their awards.

Tom says it’s “incredibly humbling” that peers have taken the time to nominate him.

“I take a lot of pride as an investigator, leading and mentoring high-performing teams. It’s an honour to lead investigations and an honour to work for victims in the most tragic of circumstances.”

He’s especially proud of what is being achieved through CHIS and the interview management model. “It’s world-leading and I’m lucky to have had executive support which values the role of CHIS and its importance to policing.”

Prevention is the heartbeat of policing, says Russ, who is “thrilled to bits” with the community focus of his award.

“Working together with youth and community groups instead of in silos is really rewarding. Programmes such as CACTUS and the mini PCT challenges we run in colleges with Blue Light are opportunities for young people to see police in a positive light.”

Russ has been involved with the Marlborough Youth Trust for more than ten years, working with young people at all levels across the community, including those at risk.

“Taking the time to listen to ideas from young people, working out together what is feasible and what’s not, being open and flexible to change is what drives community spirit.”

Mike Keefe was a key player in the formation of the Whakatupato programme, an initiative providing national firearms safety training to remote and rural communities. He is based at the Rotorua Police Station where he is an Arms Officer.

Tom, Russ and Mike together with other recipients of New Year Honours, will be invested with their awards by the Governor General at ceremonies at a date to be announced next year.