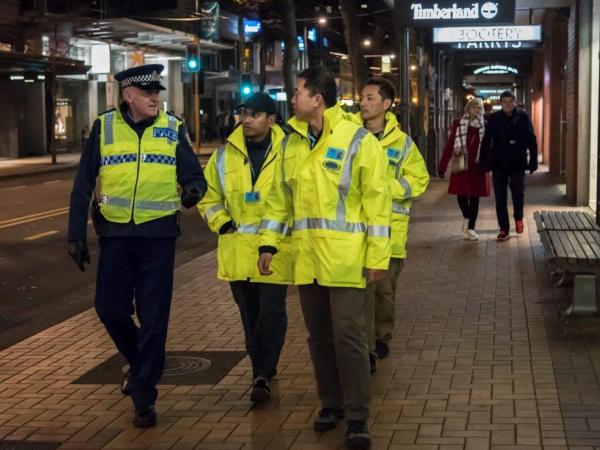 Police’s efforts to improve trust and confidence among ethnic communities have been recognised with a prestigious public sector award.

Community safety patrols are made up of volunteers who are mostly recent migrants or from ethnic communities. They work alongside police staff to support community safety and crime prevention initiatives.

The groups started in Auckland in 2010 and have since expanded into Wellington and Canterbury, with more than 58 ethnicities speaking a total of 56 languages. There are plans to begin the patrols in Hamilton later this year.

“Many people in these communities have negative perceptions of police in New Zealand, often based on their experiences of police in their home countries.

“An evaluation of the Auckland patrols found that they’ve had a positive impact on trust and confidence and provided a visible presence and raised awareness of safety in the community.

“They’ve also proven to be of great value to us, with more than 500 hours a month of crime prevention and community reassurance activities in Auckland alone.”

Wally says a hallmark of the initiative’s success was the large number of patrol volunteers who had since gone on to careers in Police.

“More than 85 former patrollers are serving as police officers, with another 137 in the recruitment pipeline and a number working in non-constabulary roles.

“That’s great, because the more Police represents all of our communities, the more successful we’ll be in preventing crime and victimisation and building the trust and confidence that feeds into community engagement and support for what we do.”

This is the second year in a row Police has won the Building Trust and Confidence in Government category at the IPANZ Awards.