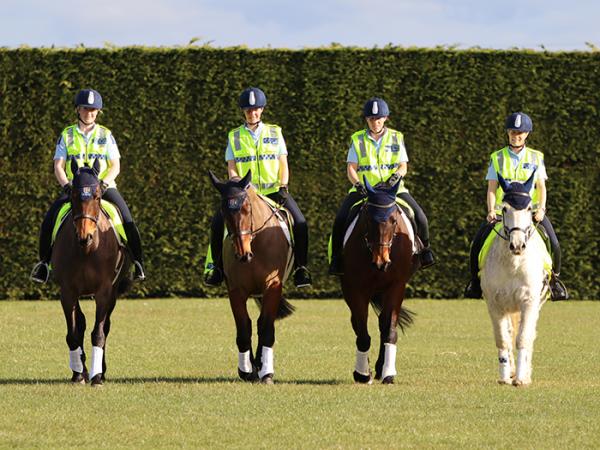 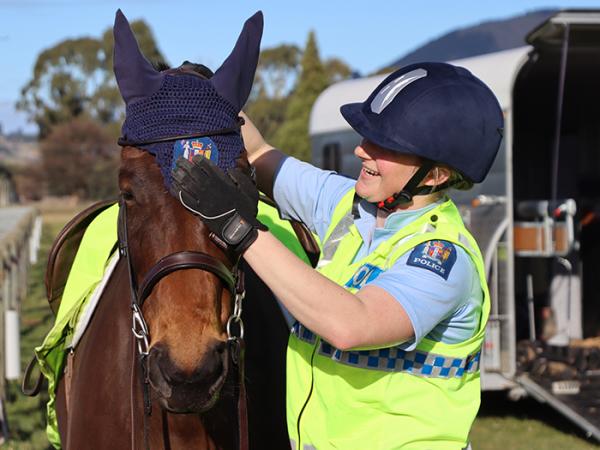 Southern District is going back to its early policing roots and putting officers on horseback for special occasions.

As with much of the country, there is a long history of mounted constabulary across Otago Coastal, Otago Lakes Central, and Southland.

With a nod to that style of policing, several enthusiastic uniformed staff who own or have access to horses are preparing to attend rural events in a support and engagement role.

“Our staff are part of our communities, so having some staff occasionally on horseback enables us to engage with local people at events such as A&P shows,” says organiser Inspector James Ure.

“We’ve had tremendous success with the Police-branded tractor drawing crowds. Having some officers on horseback gives us the opportunity to be even more approachable to the people we serve.” 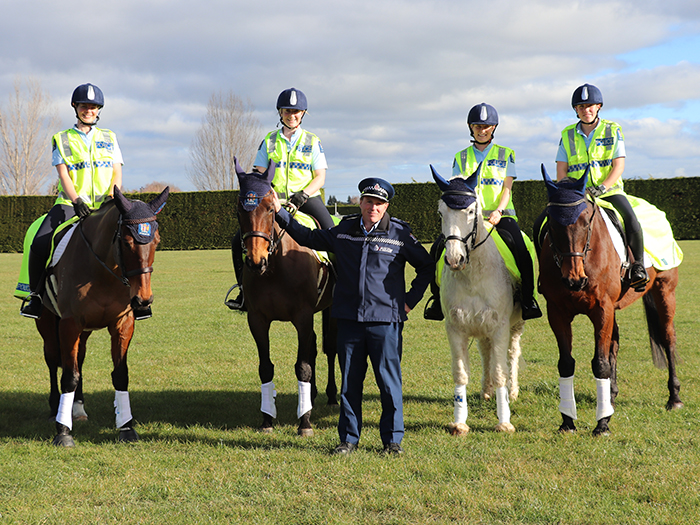 James also hopes the public seeing officers on horseback will showcase the diversity of people and roles in Police and positively promote Police as a career choice.

While the horses and officers won’t be dispatched to incidents while attending events, officers will be wearing uniform and can act as an approachable beacon for the public.

The horses will be dressed in hi-vis quarter sheets, with some Police embroidery added from decommissioned fluoro vests. To complete the look, each animal has ear bonnets with Police insignia and their boots sport blue and white chevrons.

One of the officers planning to ride at rural events is Waikouaiti Constable, Olivia Winbush.

“This is just another element in which we can reach out to the public and engage with them on a different level," says Olivia.

“It gives the public a chance to see us as people and break down barriers and encourages them to come and talk to us, if for no other reason than a kid pats the pony and it starts a conversation.”

Olivia is one of four staff involved in the initiative who came together with their horses at the A&P showgrounds in Mosgiel in July, to test working together and try out the equestrian equipment. 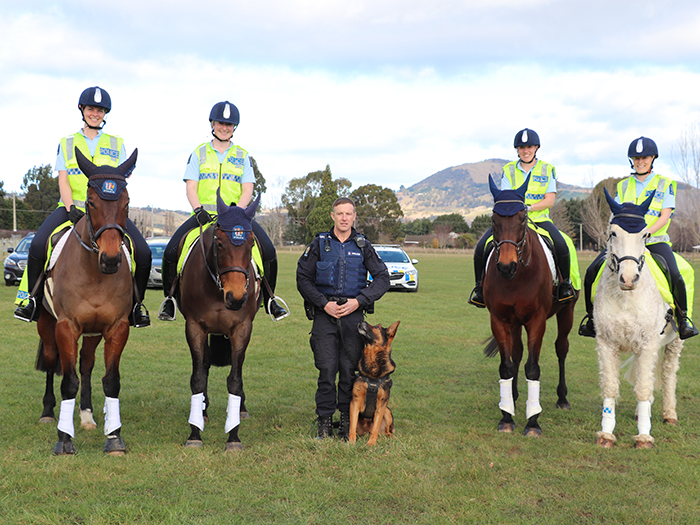 Gill only had eyes for his handler, Senior Constable Tim Roy.

Police dog Gill and handler Tim Roy were also on hand to confirm an operational dog and the horses could work together in harmony.

Two riders who have offered to be part of the team have a rich equestrian pedigree, with Constable Brittany Whelan having been a competitive showjumper and Constable Melissa Wallace a competitive eventer.

Southern District Police leadership is not only impressed by the riders’ abilities but also their generosity.

“It says something to the commitment and genuine devotion to their communities that our people are prepared to bring their horses in their own floats to community events,” says James.

Olivia adds: "The public absolutely loves it. If anything, they want to see it more often because I think it’s just another element of Police that people aren’t used to seeing. And it’s a really good way to engage with us." 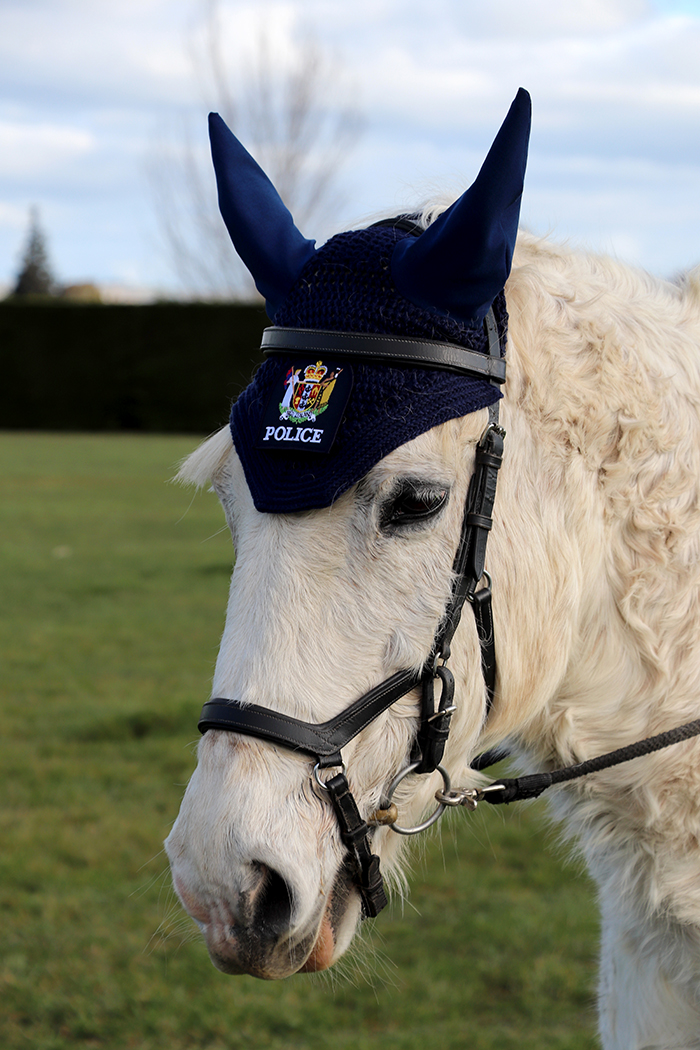 Previous
Art with heart
Next
‘Where is your emergency?’