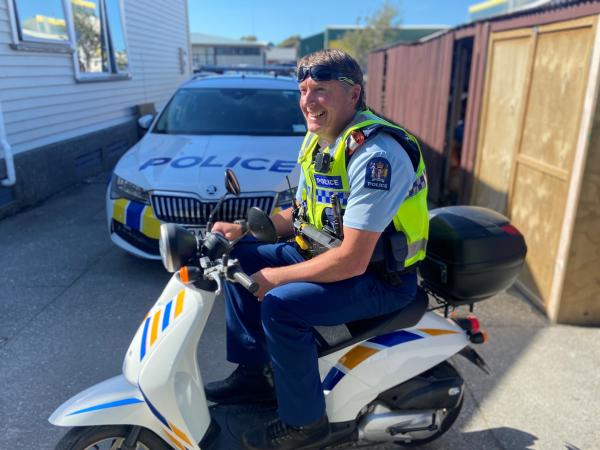 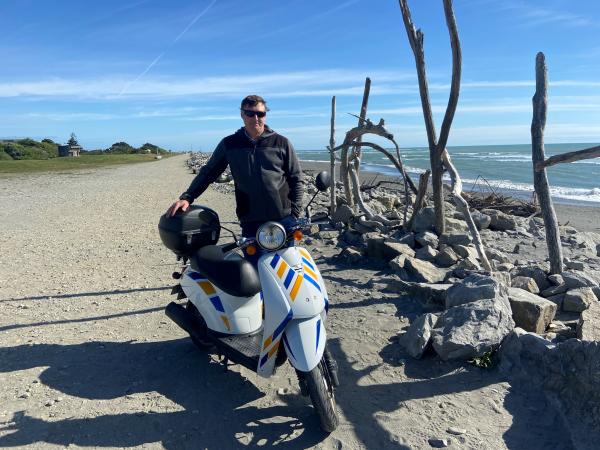 Home > News > Ten One Magazine > Small wheels for a big cause

​A desire to support a good cause and a love of motorbikes has a West Coast Road Policing Officer taking on the Southern Alps on two ‘very small wheels’ in support of the Cancer Society.

Responsible for the roads that lie between Haast and Arthurs Pass, Senior Constable Chris Staton knows the stretch of road like the back of his hand. A bit more of an unknown is what it’s like to ride 250 kilometres over the highest pass in the Southern Alps in freezing conditions on a 50cc scooter.

This is the route of the Tranzalpine Scooter Safari, a coast-to-coast traverse from Christchurch to Hokitika which 250 brave scooter riders will take on in May.

This is no joy ride – the Scooter Safari is an endurance event which is aimed to test the typically city-bound scooters and inspired by the hard road many people endure with cancer.

It’s long, cold, and gruelling - yet the event has already raised more than $1.4 million for the Cancer Society in just seven events, and the 2022 ride sold out long ago.

Chris says apart from the Scooter Safari being a “bloody good cause”, his personal life has been directly affected by cancer. His partner's father succumbed to the disease in 2013 and a close family member has skin cancer.

“It’s just one of those things that affects so many people,” Chris says.

Although he has never participated before, Chris has a close association with the Scooter Safari. He has previously escorted the scooter-cade into Hokitika in his Road Policing role. His partner has ridden the safari, as have other friends and colleagues from other emergency response agencies based on the West Coast. 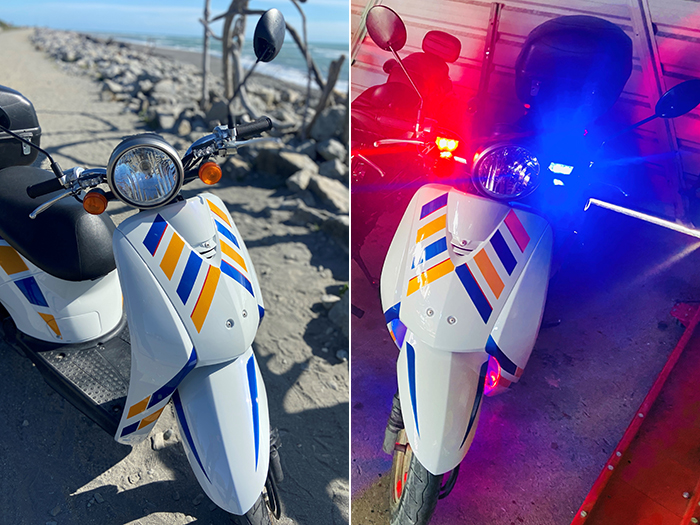 Chris’s scooter, the Flying 50, is something of a veteran of the safari, having completed two rides with a previous owner. Chris bought the 2006 Honda Today from a local ambulance officer and it seems fitting that the scooter has changed hands from one emergency service to another.

With the shift in ownership, Chris has set about giving the scooter a new lease of life with a Police-themed livery. This is no amateur paint job. Before joining Police, Chris was a spray painter which is obvious from the careful detail he’s applied.

Chris clearly loves his bikes – there are three lined up in his garage, two of which look to have some serious horsepower. The 'slightly less powerful' scooter holds its own with its new Police colours. And yes, Chris has made sure it’s got the flashing reds and blues as well.

With a top speed of 47kph, Chris figures it will take about eight hours to complete the safari, including the traditional pie stop in Sheffield. His biggest worry is breaking down and not being able to finish the race, which ends in his hometown of Hokitika.

But we’re sure that with Police colours and lights onboard and Chris’s determination, the flying 50 will get them both over the finish line come 21 May.