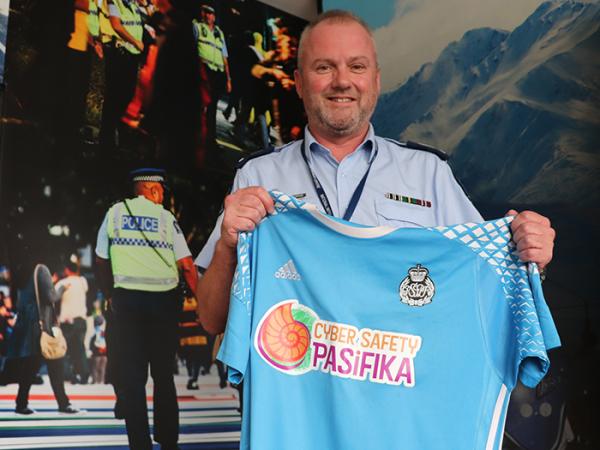 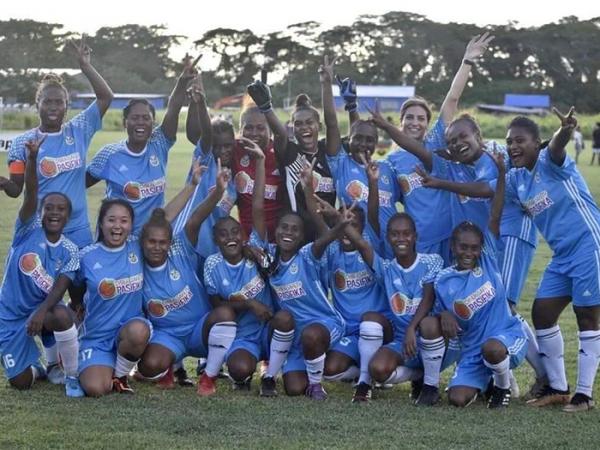 ​Earlier this year, Senior Sergeant Mark Crawford returned to Dunedin from his two-year deployment to the Solomon Islands with more than just memories.

A National Football League Championship and a Cup winner’s medal came back with him, after coaching the Royal Solomon Islands Police Force Royals to glory in the inaugural National Solaris Women’s Football League.

The experience of coaching the team throughout his deployment clearly brings a lot of pride and happiness to Mark as he reminisces on the experience.

“The team was already in its early stages when I went along to a fundraising sausage sizzle and got speaking with the team manager,” says Mark. “Before I knew it, I was coaching the team every day to establish strategy, skills, game management and elements of football awareness with the group.”

One of the keys to getting into a successful run of results was setting up a list of on-field guidelines for the players, which they fondly referred to as Marko’s Ten Commandments.

“It’s just a set of ‘golden rules’ that the girls could refer back to, and I could remind them about. I still do it over facetime now that I’m back here! Doing the simple things right and being aware of the game environment help to maintain focus and strategy.” 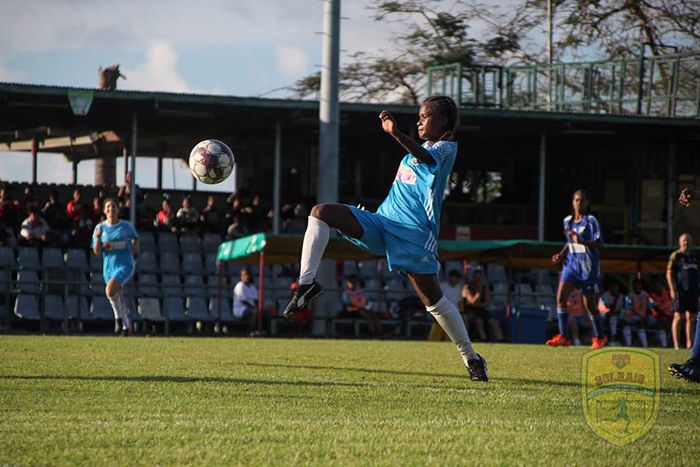 Coaching in the newly established women’s league within Solomon Islands’ strong patriarchal society presented a few challenges, along with some other unique aspects of Solomon Islands society.

“A lot of the players within the team had no work, and came from lower socio-economic backgrounds. I had to buy boots for some of the players and contribute to bus fares to get them to training and home safely – but that’s part of being the coach.”

“Some of our games had to be played on Saturdays, but a lot of our players are devout Seventh Day Adventists, which means playing on a Saturday is out of the question,” says Mark.

“We basically had half a squad to select from, which was a challenge in itself. We had to alter our playing style to compensate for quality abstractions. But a strong team culture and willingness to be flexible and work hard saw us through.

“There were also some slightly strange incidents that affected us, which would only be found in a place such as Solomon Islands… At one time, some of our opposition claimed black magic was to blame for our dominance.”

Despite challenges, the strength of the community spirit was a huge boost for the Honiara-based Royals.

“There was such huge community buy-in. Supporters, friends, and family would come along to the training sessions and give us huge support at games," says Mark. "After my first “live” TV post-match interview, I went into the sports shop in Honiara and was called by my first name by the staff behind the counter. That shows the following the game has over there." 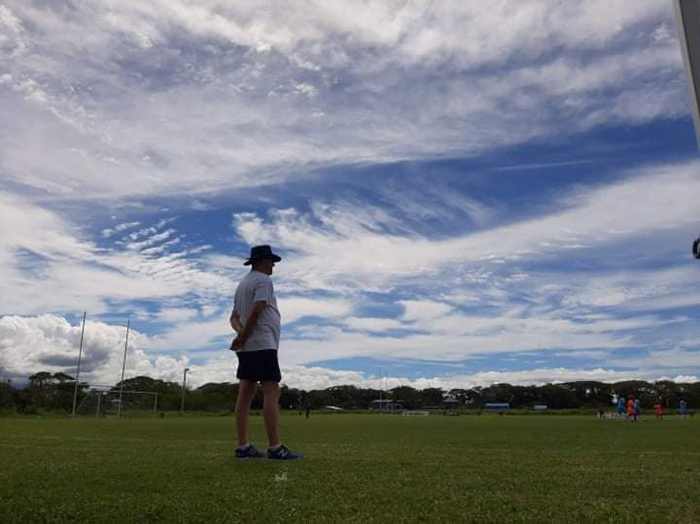 Watching from the sideline.

The Royals had a strong team filled with talent, featuring players from the Solomon Islands national team, but this experience was spread across all the teams, one of which had a significant number of current national squad members.

Over the course of the inaugural season, on their path to winning the League and Cup double, the Royals were unbeaten.

“They are such a talented group of players,” says Mark, “and once COVID is out of the way I’d love to see some of the girls playing in New Zealand and Australia competitions, making the move to playing professionally. The standard of some of the players is that good.”

The success of the team is a huge source of pride for Mark, but much more than that it was the opportunity to contribute to the community in a significant way that was ultimately the most rewarding thing for him.

“Being part of a project, and building community and police leadership in young women within a post-conflict society aligns with a United Nations resolution. I really feel that this league and coaching in this team provided that.”

“There were so many positives to coaching the team, and all it cost was some of my time. Sure, it’s easy to clock off after your shift, but I really don’t think that’s in the spirit of a long-term overseas deployment.

"If you’re there for two years it’s important to connect, and through coaching this team I was able to do that in a really rewarding way.”

“It was an honour to be asked to be part of the 'Royals' programme. Aside from the deployment aspect of the work overseas, I had the opportunity to coach a team at the national stadium, Lawson Tama, and utilise the live coverage and post-match interviews to enhance “brand kiwi”.

"The New Zealand contingent is really highly thought of in Solomon Islands and it brought all of the New Zealand advisers together on match day to support the team in a number of roles, which was really appreciated by the players and support staff involved from the Royal Solomon Islands Police Force and numerous community groups, including the league, Solomon Islands Football Federation, sponsors and the community.”

Mark is quick to thank Inspector Mick Woods, the contingent commander for getting behind this programme together with Constables Phil Toms and Mel Prendergast for their involvement, as well as Inspector Mike Cook who has taken over in Honiara.

“During the early stages of COVID-19, when travel out of Honiara was restricted, it gave us all an outlet to provide a positive contribution to the community."

If you’re ever in Honiara and go along to a Royals game, you’ll probably still hear someone shouting "don’t let it bounce!" and some more of Marko’s Ten Commandments, which are well drilled into the team who recently won the National League title for the second time.

“I missed out on the celebrations this time as my deployment finished with a few games to go,” said Mark. “But the succession planning was good, so they will continue to go from strength to strength I’m sure. It’s nice to feel that we made a significant contribution to the community from our time there.”