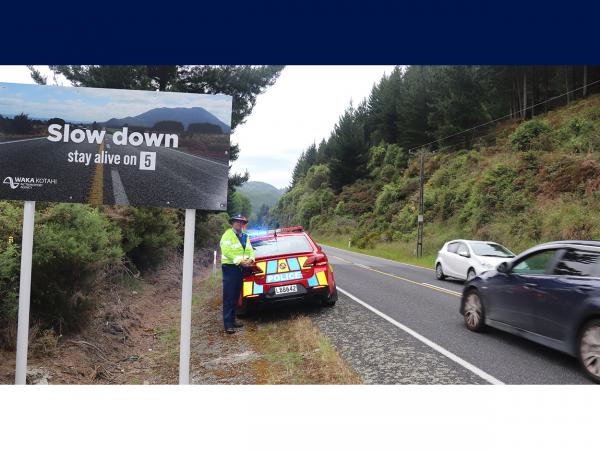 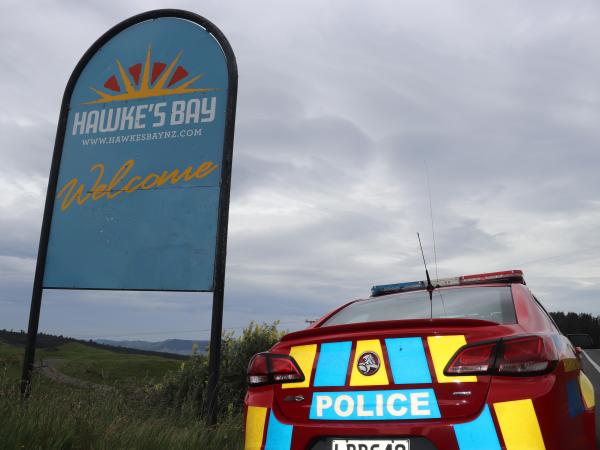 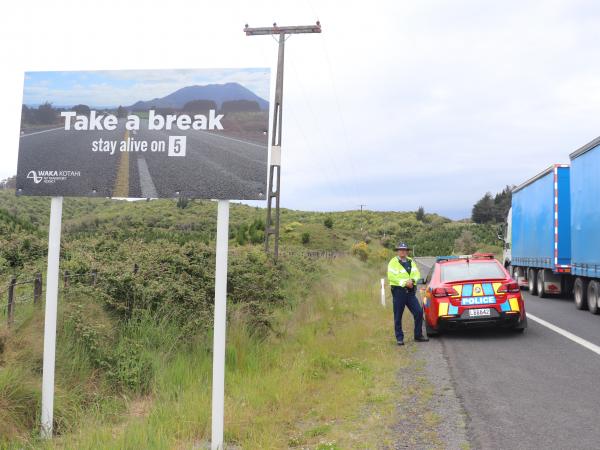 Steven joined Police six years ago motivated to improve our roads after losing a close friend in a road crash.

He’s helping to drive a campaign on the 127-kilometre State Highway 5 between Napier and Taupō, which has seen eight people lose their lives in 2020, and 40 others suffer serious injury in motor vehicle crashes. The latest fatality was in October when a vanload of seasonal workers collided with a truck, killing one and injuring 10 others.

Police, along with Waka Kotahi - NZ Transport Agency, Road Safe Hawke’s Bay, Taupō District Council and several other agencies have joined forces and launched the 'Stay Alive on 5' campaign. Its goal is simple – to prevent fatal and serious crashes on the highway.

The campaign has seen a raft of road safety billboards erected, as well as electronic signs urging motorists to slow down and alerting them to tight corners.

A key tool in the campaign is increased Police presence and visibility on the road with both marked and unmarked patrol vehicles working in tandem, and the use of speed camera vans.

Steven says Police presence on the road is a powerful deterrent to speed and dangerous driving, such as risky overtaking manoeuvres. But he also wants to get a message out to motorists about taking regular breaks on their journey.

“We know that fatigue is a major issue on this road. A lot of people drive south from Auckland without stopping and then they hit the Napier-Taupō road, which is a tricky piece of highway and requires full concentration, yet they’re tired and that’s when mistakes happen,” says Steven.

He says the condition of the road is not great, with numerous potholes and uneven surfaces, and with 3,500 traffic movements a day, many large trucks, it gets a hammering. But he says that’s the reality of the road right now and people need to drive to the conditions.

Roadsafe Hawke’s Bay and Taupō District Council are on board and undertaking regular fatigue stops for drivers, which have received positive feedback from motorists.

Sarah Wraight from Taupō District Council says she surveys drivers stopping at fatigue stops and many have been driving for several hours without a break.

“The fatigue stops are really well received; we offer a coffee and something to eat. It just encourages motorists to take a break.

Sarah worked with Waka Kotahi to get the billboards up along the highway with messages around slowing down, driving to the conditions and taking regular breaks.

“Every death or serious injury that has resulted from crashes on our roads is a terrible tragedy for everyone affected. Waka Kotahi is always looking at ways to make the roads safer. We know that people make mistakes, but no one deserves to pay with their life," says Oliver.

“We just need to continue to be visible on the road, so motorists see us and stop and think about their driving.”