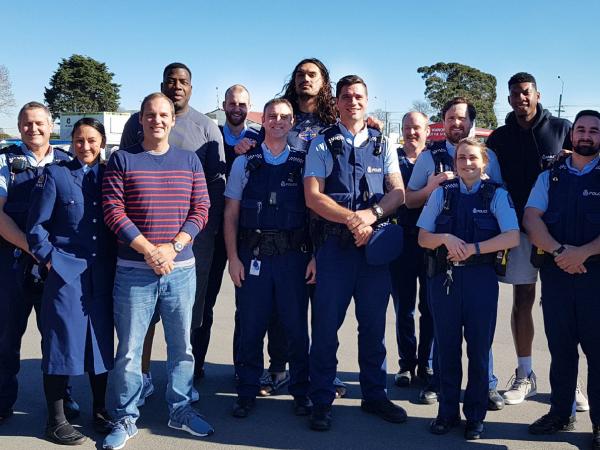 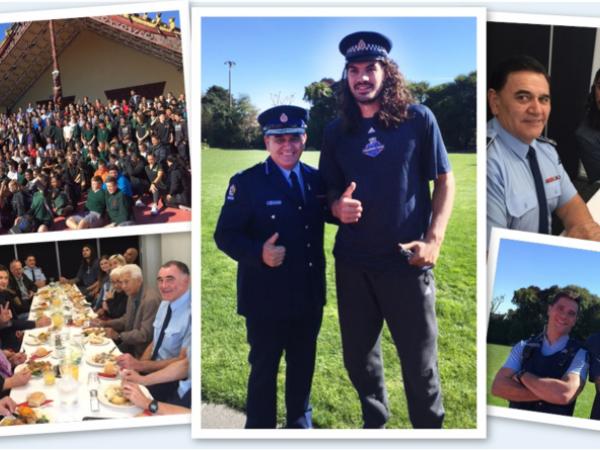 Remember when everyone looked up to the police?

Our staff found they were the ones doing the looking up when they met basketballer Steven Adams and some of his towering teammates in Christchurch.

Kiwi superstar Adams is back in New Zealand with an Oklahoma City Thunder contingent including his teammates Andre Roberson and Nick Collison and coach Billy Donovan for a series of basketball training camps.

They were welcomed to Christchurch yesterday with a full haka pöwhiri at Ngā Hau e Whā Marae.

Among the Police staff present were Assistant Commissioner Māori Wally Haumaha – and it was an especially poignant meeting with Adams as he and Wally were brought up in the same part of Rotorua - though, Wally concedes, some years apart.

“This was the first pōwhiri and taste of tikanga Māori for the visitors and their feedback was that they were blown away by it,” says Canterbury District Māori Responsiveness Manager Inspector Hirone Waretini.

Police staff played a full part in organising and running the event, at which Wally and Hirone were invited to sit on the paepae – a sign, says Hirone, of Police’s strong relationship with the Marae.

“The Canterbury Māori Pacific and Ethnic Services team, Acting Sergeant Andrea Williams and Senior Constable Jeff Martin, were part of the organisation of the event and organised our team to attend and assist Māori Wardens on site.

”Our members were also welcomed on with the team and stayed to help serve kai to more than 200 schoolchildren from Christchurch who attended and participated in the welcome.”

Also present were members of Neighbourhood Policing Team from Aranui, site of the training camp, and the Field Training Group.

Among the speakers was Sir Mark Solomon, a member of the Commissioner’s Māori Focus Forum, who praised the efforts of Commissioner Bush and Wally in enabling Police to lead the Public Service in working with Māori to address issues faced by Māori in the Criminal Justice System.