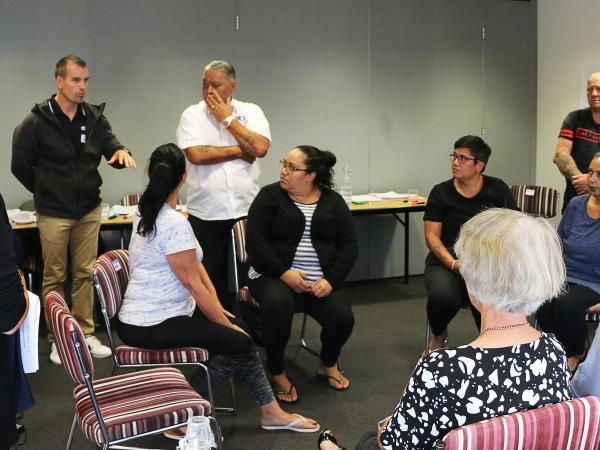 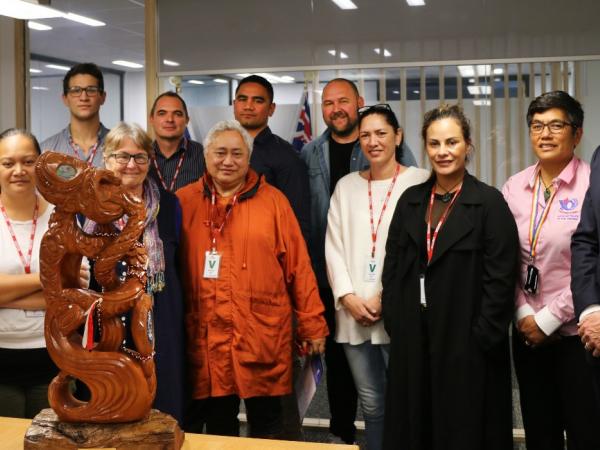 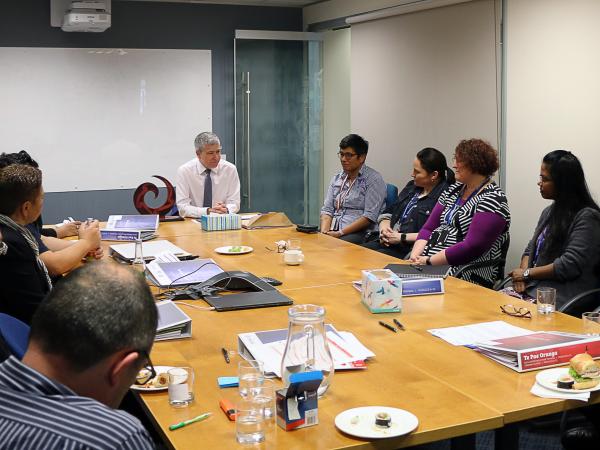 As more Te Pae Oranga iwi panels prepare to launch, Police is hosting training for facilitators at the sharp end of the process.

Facilitators from as far apart as Auckland and Invercargill have attended week-long workshops in Wellington to develop and enhance the skills required to run panels.

Te Pae Oranga is a marae-based process run by iwi providers and Police to address low-level offending while keeping offenders – known as ‘participants’ – out of the mainstream justice pipeline.

It is designed to make participants – Māori and otherwise – accountable while addressing the causes of their offending and the harm caused.

The three training weeks, in March, May and this month, have been attended by 29 facilitators from 11 of the 13 panels which are already running or are due to launch in the coming months.

Before attending, they had to pass five online modules covering processes and principles, how to work with participants and victims, working across cultures, information-gathering and communication skills.

It is led by Sergeant Whiti Timutimu, of Tairawhiti, supported by Iri Mako, from Manukau Urban Māori Authority (MUMA), and Everard Halbert, of PACT Training, which co-developed the training.

“We wanted to ensure the training was fit for purpose, with embedded tikanga and principles that sat well with Māori,” says Whiti. “At the end of the day they are the highest proportion of people going through the panels.”

The facilitators arrive with a wide range of backgrounds and skill sets.

“There’s a big push about learning from one another,” says Whiti. “Some come in with skillsets that assist them, some don’t. But they all leave with the same skillsets that enable them to deal with anything that occurs at a panel.”

Mana Wright, a facilitator on Invercargill’s panel, says the course exceeded expectations and would “make it hard for us to not achieve positive outcomes”.

“It has given us a professional structure but gives us freedom to have our own flavour and nuances,” he says. “It allows us to operate as our community wants us to, but with safety.”

Arihia Mohi, of Rotorua, says the course she attended built on her experience as a social worker. “Some of the stuff feels really easy and natural. Other things I feel I need to pick up on and practise.”

Iri says the facilitators find the training challenging but rewarding. “It’s hard work and intensive work,” she says. “The online stuff is the theory. They come here and have to apply that to the practice.”

The next training course takes place this month in Hawke’s Bay, where Ngāti Kahungunu facilitates the newest panel, which launched in Hastings last week.

“That’s an evolving thing,” says Whiti. “We want to run training in people’s backyard, rather than bring everyone to Wellington all the time.”

“There is great enthusiasm in New Zealand Police for what you are doing,” he said. “You’ll find there’s massive support in the organisation, among ministers and within other parts of the government sector to extend the use of panels.

“To have ideas at HQ isn’t sufficient. It’s you going out and working with people with problems that makes a difference for communities. We can only succeed because you are successful.”

Te Pae Oranga is part of Iwi and Community Partnerships, a workstream of our transformation programme The Safest Country – Policing 2021.
Previous
Great-great reasons to join Police
Next
Consent campaign powers on