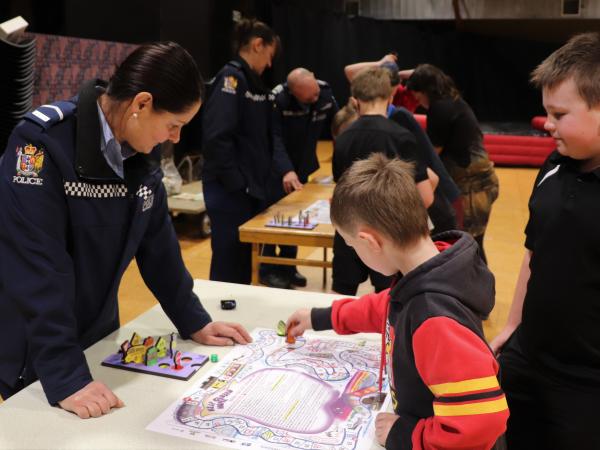 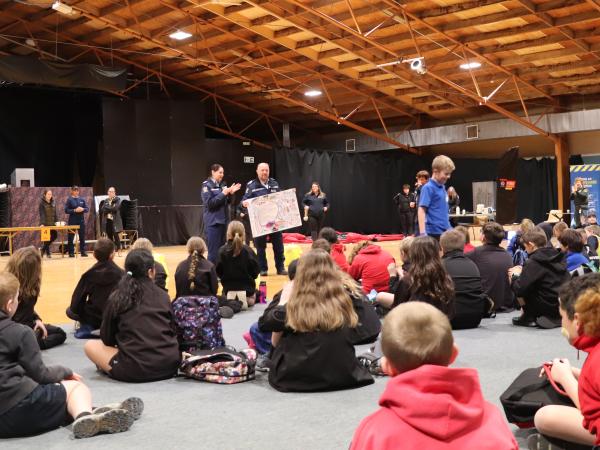 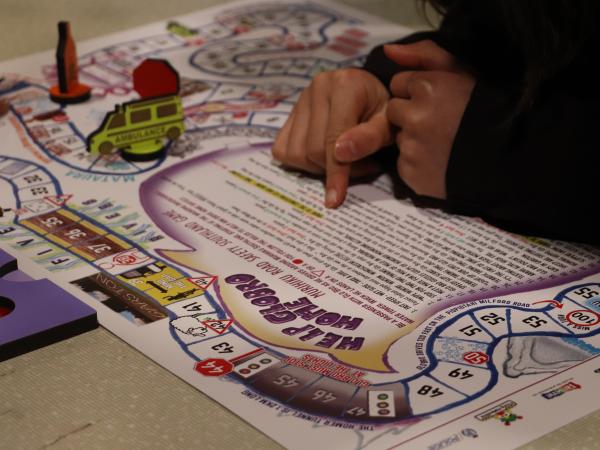 A board game that was a year in the making for Southland Senior Constable Rosie Marchant has been put through its paces by some eager young players.

The 'Clued Up Kids' event was held at the Gore Town and Country Club, where over 150 Year 5 and 6 students from the area took part in a circuit of activities led by local emergency service partners and agencies, such as Civil Defence, Fire and Emergency New Zealand and Hokonui Huanui.

The event is all about enabling young people through safety messages and engaging educational experiences to help them in all manner of situations - from what to do in an earthquake through to how important safety on Southland roads can be.

And that's the fundamental theme to Rosie's board game, which is firmly based in Southland and revolves around the adventures of a character who is very familiar to Southern kids.

"Glo Bro is the huge mascot used by our partners at Road Safety Southland," says Rosie. "He’s a massive hippo and he frequently goes to Southland schools and kindergartens to promote road safety messages.

"We've had loads of fun incorporating areas of Southland into all the road safety messaging within the game, so that Southern kids can engage with it on a more personal level."

Recognising the game's deep connection to Southland has led to a partnership between Rosie and the Gore Visitor Centre, which is the temporary home of the Hokonui Moonshine Museum.

Following the successful roll out of Rosie's game in crash packs for kids, and the launch at the Clued Up Kids event, Rosie has officially gifted the museum with a supersized version of the game for visiting groups of children to play, a gesture greatly appreciated by Jane Clutha, Consultant at the Gore Visitor Centre.

"I think it's wonderful that children can have something to do that's entertaining as well as educational when they come to visit us here," says Jane. "And it's great for Hokonui Moonshine to even make an appearance on the board itself, as well as all the local places Rosie has included.

"It's a wonderful thing she's put together."

Previous
A family in blue
Next
Making positive connections