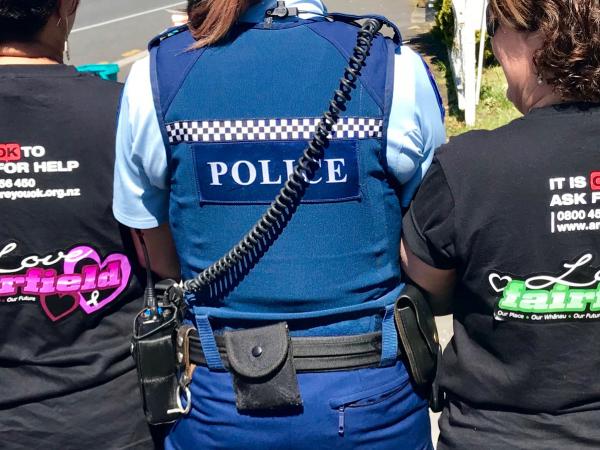 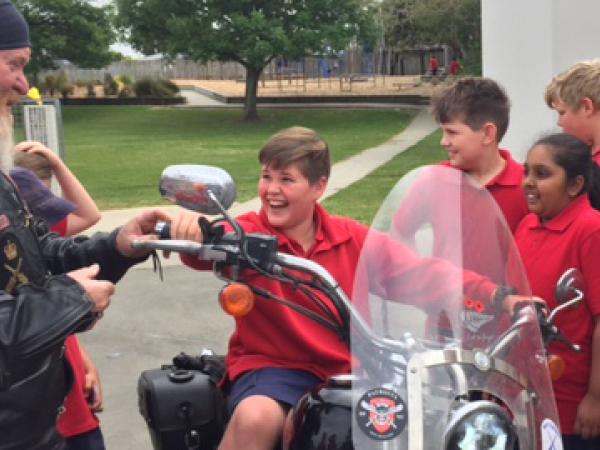 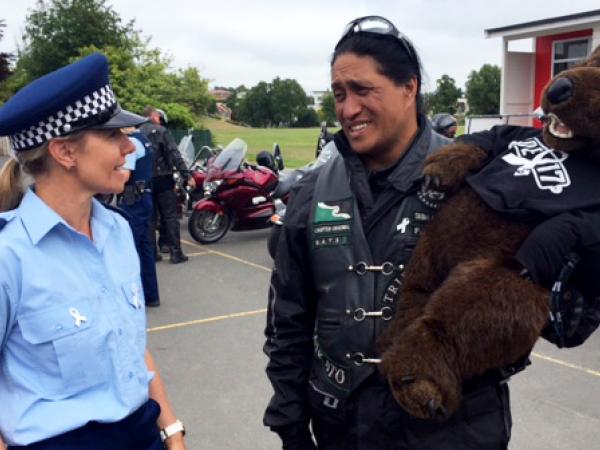 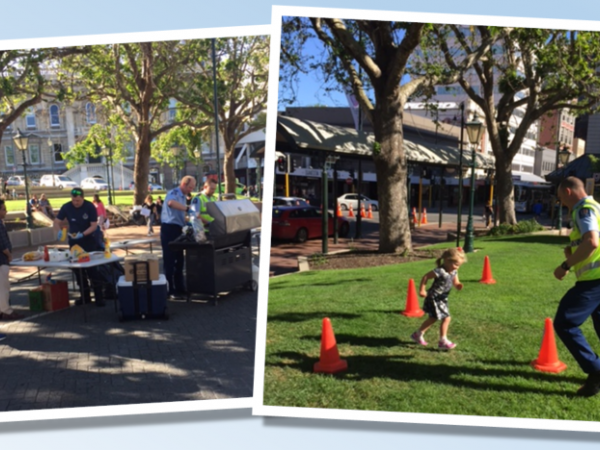 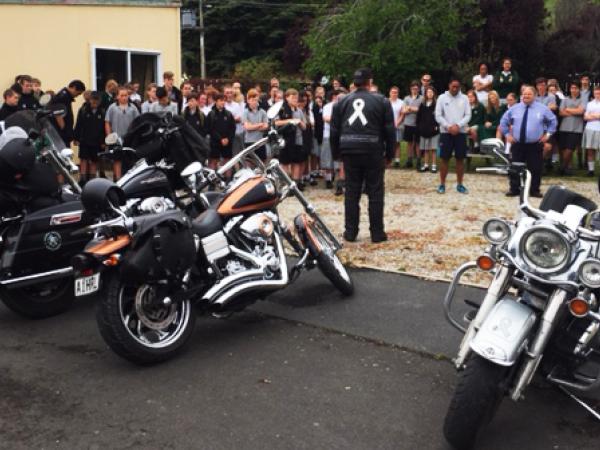 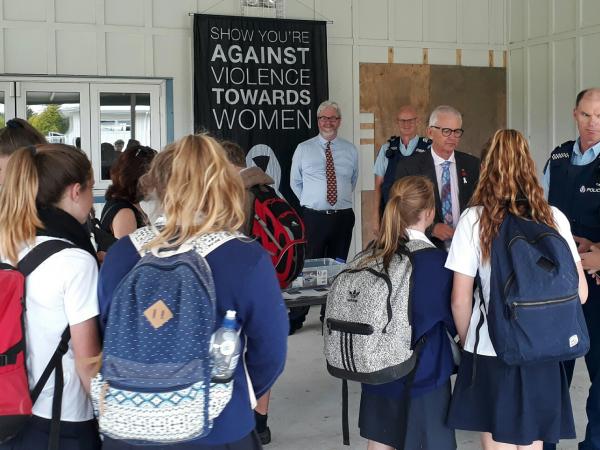 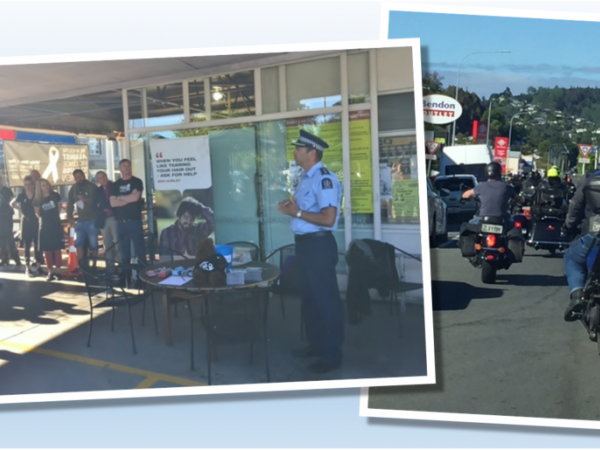 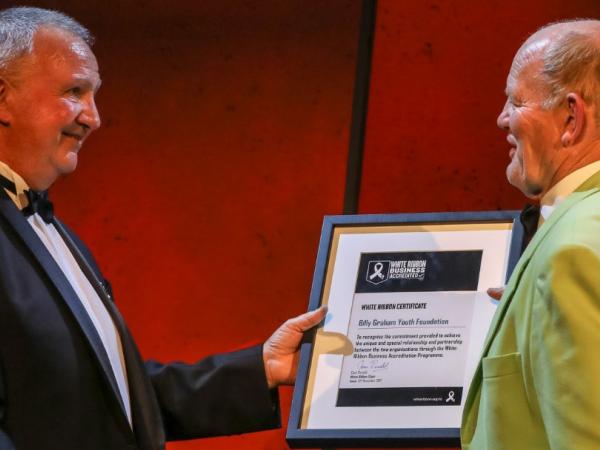 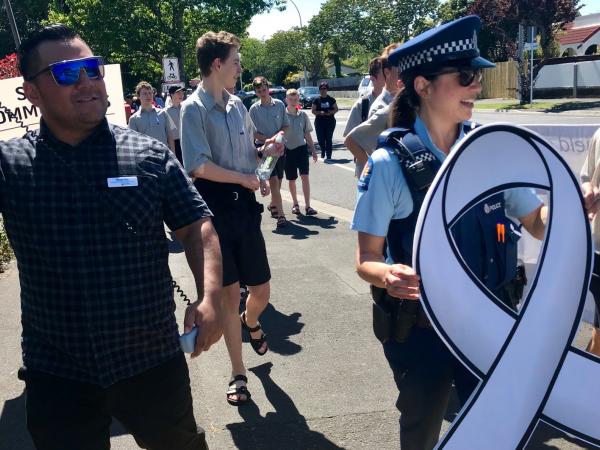 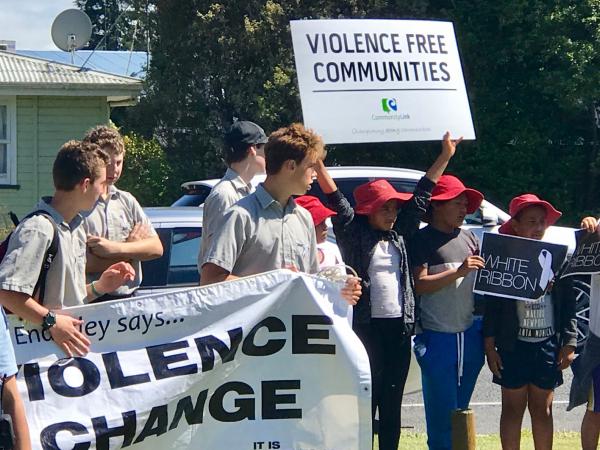 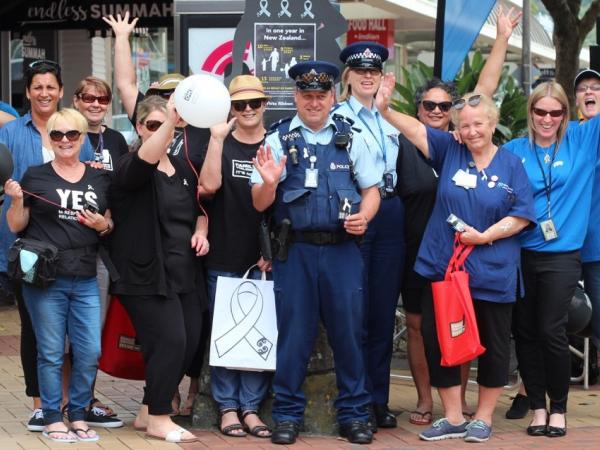 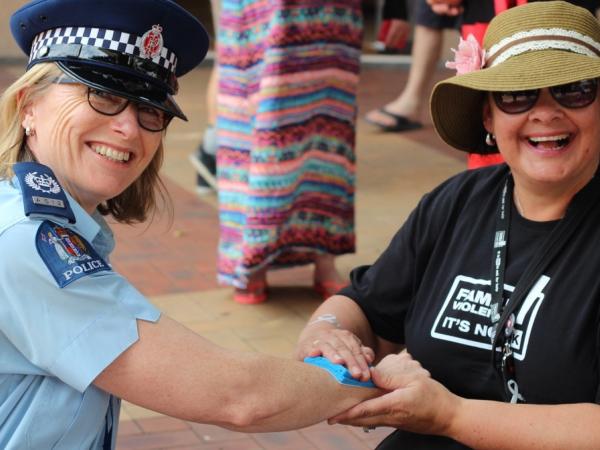 Police staff the length of the country got behind the White Ribbon campaign last month.

From hosting stages of the nationwide White Ribbon Ride to local engagement with schools, businesses and other groups, our people have been getting the message across that we stand with our communities against violence.

Here are a few examples, from south to north…

In South Otago, Police staff and the White Ribbon Riders were welcomed into Rosebank Primary School, Balclutha, with a pōwhiri from students and staff. They spoke about kindness and respect and having the courage to stand up and speak out.

Police in Dunedin held a sausage sizzle and set up a mini-PCT course to put local youngsters through their paces.

Police staff joined the riders at many South Island stops – and, across Cook Strait, members of Recruit Wing 310 were among our people at the Cannons Creek Boxing Academy when the ride stopped by.

The accolade acknowledges its promotion of respectful relationship messages and adoption of appropriate policies and staff training. The first organisation was The Warehouse.

Further north, Senior Constable Bryan Ward, a fixture for years at White Ribbon events in Waitematā District, had a new ‘official’ role this year after being appointed as a White Ribbon Ambassador.

“There still seems to be a misconception that family harm doesn’t happen in 'pleasant' neighbourhoods,” says Bryan. “But since being made an Ambassador I’ve had two or three people come up and say ‘Can I talk to you about my domestic situation?’”

"Our staff put in a great effort to raise awareness of the White Ribbon campaign, which is growing every year," says Superintendent Eric Tibbott, National Manager Prevention. "Our work goes on 365 days a year but White Ribbon gives us a welcome opportunity to really engage with communities in a positive way and promote respectful relationships."