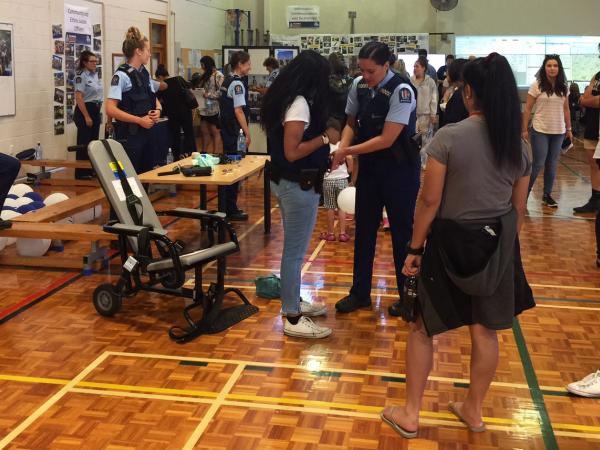 Today (Thursday 8 March) is International Women’s Day – and Police is underlining its intent to increase numbers of women in its ranks by preparing to welcome its largest-ever influx of female recruits.

The wing begins its 16 weeks of initial training at the Royal New Zealand Police College (RNZPC) in Porirua on Monday.

Wing 315 recruit Kiahli Ibbetson feels honoured to have the opportunity to learn from Dame Jenny.

“She has been instrumental in encouraging women into areas traditionally held by men,” says Kiahli. “I will certainly be encouraged to perform to the best of my ability – I don’t want to fail in front of a former Prime Minister!”

Kiahli, 19, is excited about starting at the RNZPC. She has wanted to join Police for a long time, and started the process at 17.

As a volunteer firefighter in Matata, she has worked closely with Police in her community and has seen first-hand what a rewarding and challenging job it is.

Kiahli says joining Matata Volunteer Fire Service, which is also a first responder brigade, has been among the most worthwhile experiences of her life. Joining Police and getting paid to do valuable work in the community was an obvious choice.

“I know being a police officer won’t always be the easiest of jobs but I know I’ll feel a sense of satisfaction at the end of the day knowing that I’ve helped keep my community safe,” she says.

New Zealand Police has set the target of having 50 percent female recruits by 2021.

“We’re looking to recruit people who are compassionate and empathetic, and who want to make a positive difference in their community.

“Gender and ethnic diversity are an important priority for Police, and we are committed to improving our numbers of women so we can better represent the communities we serve.”

In December the RNZPC hosted Police’s first women-only recruitment day - and women are one of the target audiences of our current ‘Do you care enough to be a cop’ recruitment campaign.

Previous
Getting things Strait with FEO
Next
Play up NZPPB!