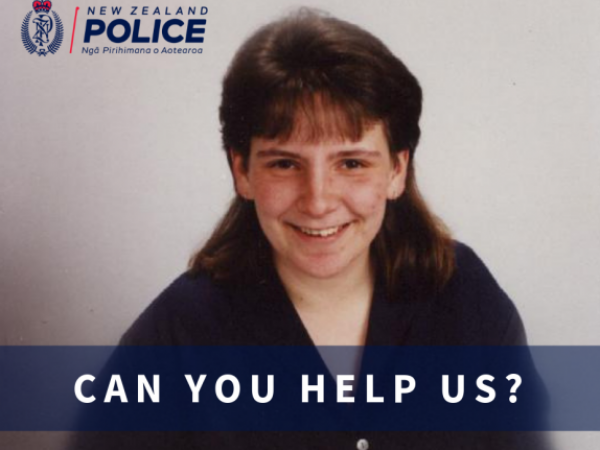 Canterbury Police are today announcing a $100,000 reward for information relating to Operation Vancouver, the 1995 murder of 21-year-old Angela Blackmoore.

On the 17th of August 1995, Angela was stabbed to death in her home on Vancouver Crescent in Wainoni, Christchurch.

Her two year old son was at home asleep at the time and there was no sign of forced entry.

Her body was discovered by her partner on his return from work at around 11.20pm.

An intensive homicide investigation was carried out at the time with hundreds of people spoken to.

The case has remained open since 1995.

Investigations Manager Detective Inspector Corrie Parnell says the passing of time has only strengthened his resolve to find the person responsible.

“This was a horrific crime resulting in the death of a young mother with her whole life ahead of her.

“Since Angela’s murder our focus has been on bringing the person responsible to justice, and although many years have passed that focus has not changed.

“With the passing of time allegiances may have changed and we’re appealing to anyone with information that might help, no matter how small or seemingly insignificant, to contact us,” he says.

A dedicated information line has been set up and anyone with information that might help is urged to contact 0800 22 1995.