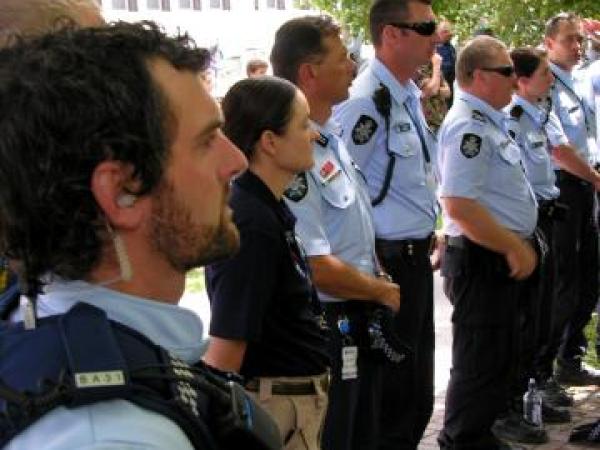 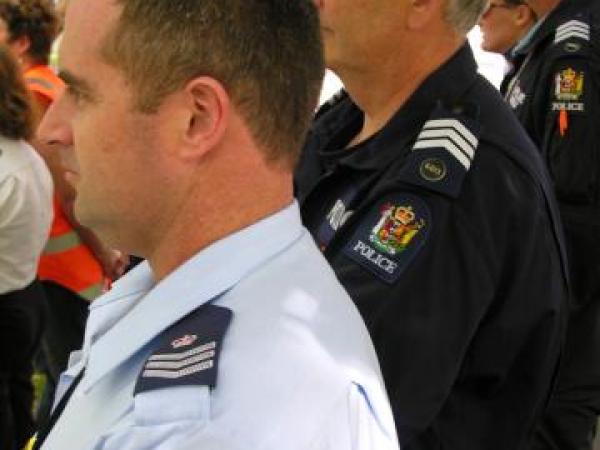 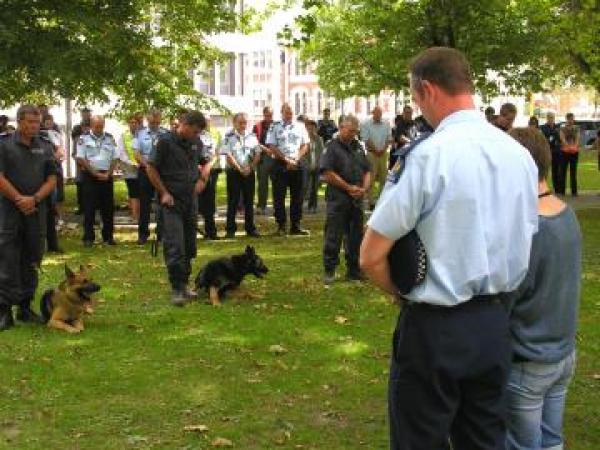 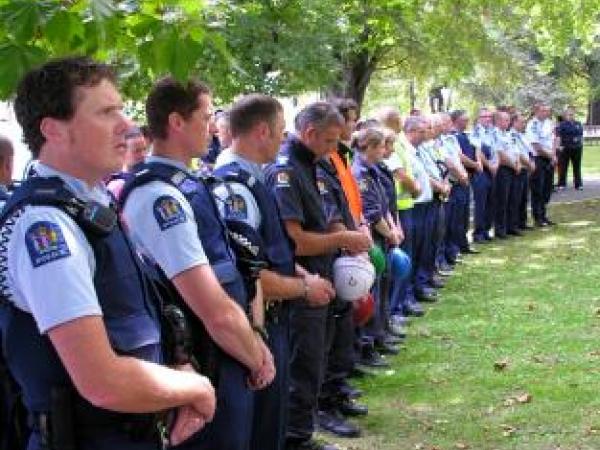 In Christchurch they were joined by 330 of their Australian colleagues, who were sworn in as New Zealand Police last week.

There are more than 1200 police officers on duty in the city, covering general patrols and specialist duties.

Superintendent Dave Cliff said today was a brief opportunity for Police and other emergency staff, who have had no time to stop and think for the past week, to be still for a while.

"We know that the time will come that all of this will hit hard."

"We know the roads will be fixed and the buildings rebuilt, but we cannot replace those we have lost. Their absence will leave a hole that cannot be fixed, he said.

He said that all Police remained focused and committed to the multitude of tasks needed in the wake of the earthquake.

"Staff are working exhaustively to assist with identifying the deceased, liaising with families, and keeping Christchurch city safe." he said.

Mr Cliff took the opportunity while staff were gathered to say how proud he was of the work they were doing and how grateful he was for the continued assistance of the Australian Police.