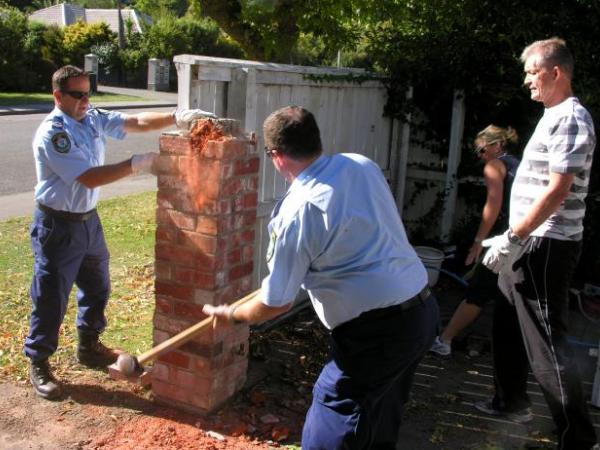 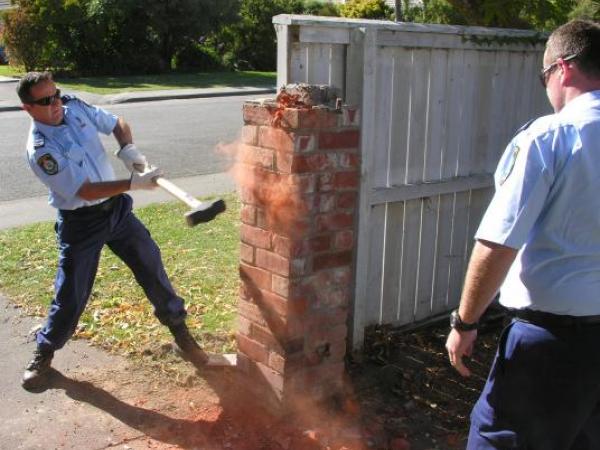 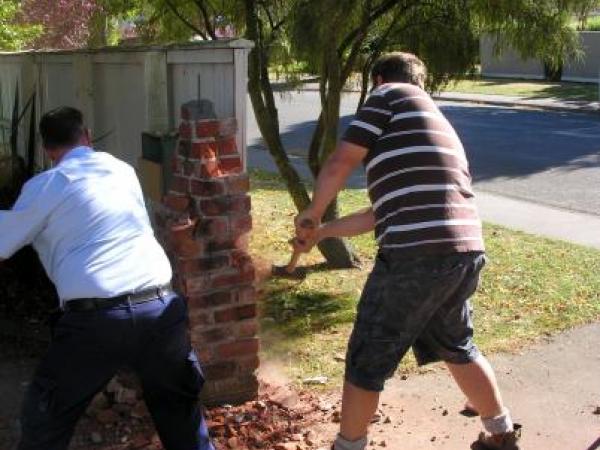 Home > News > Who needs a day off when you can help out a mate?

We came here to work and that's what we want to do is the message from Australian Police officers giving up a day off from emergency quake duties to assist stricken Christchurch Police staff.

"Geoff's is one of two properties we're going to today and we've got a couple of houses to shift as well, basically a call for volunteers went out from the Kiwi's Police welfare staff and all 330 odd Australian officers put up their hands which was great."

Surveying damage to a front gate, fence and pillars Geoff Burns said he was blown away by the generosity of the Australians.

"I said to Kim yesterday when he rang that I was very grateful but surely there were other staff that were in more need of urgent assistance.

"He replied there were over 300 volunteers busting to do something and they were happy to help no matter how big or small the job which was great."

Gathering his breath from swinging a sledgehammer Senior Sergeant Craig Jordan said the assistance activities were all about getting stuck in and giving things a go.

"If the boot was on the other foot we know that the Kiwis would be right there giving us a hand, just like in the bush fires so we're happy to be here, it's the first time New South Wales Police have deployed to New Zealand since 1854 and we're glad to be here."