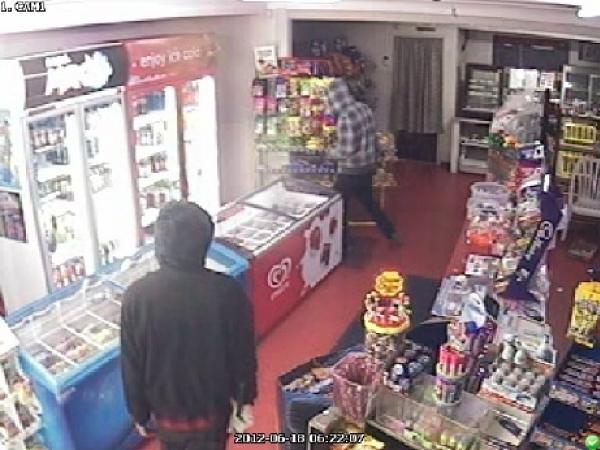 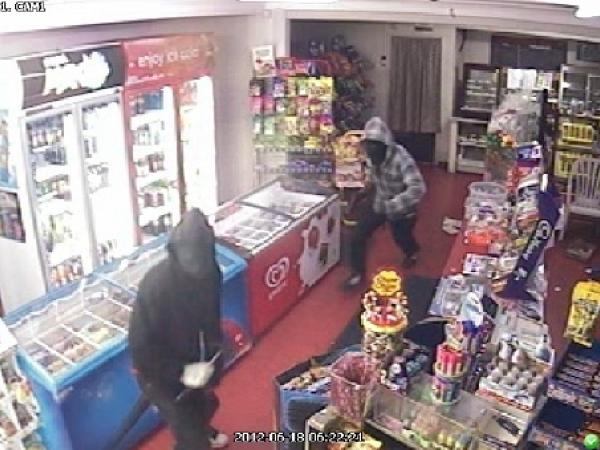 Waikato Police investigating the unexplained, sudden death of a man whose body was in found in central Paeroa early yesterday morning are keeping an open mind if the death is linked to two incidents in nearby towns on the same morning.

Rural Field Crime Supervisor, Detective Senior Sergeant Mike Whitehead, said Waikato detectives are working with their Bay of Plenty colleagues investigating an attempted robbery of the Mobil service station in Waihi and the robbery of a dairy in Katikati a short time later.

"In the first incident a female service station attendant was assaulted when three men tried to unsuccessfully rob the store about 6am.

"We understand one of the offenders was armed with a pistol while another held an unknown object.

Mr Whitehead said the trio fled empty handed and a short time later the Park Road Dairy in Katikati was held up by two men who were described as being armed with a pistol and a hammer.

"CCTV footage from both businesses indicates these were the same offenders for both robberies. In both robberies no vehicle was seen however we believe, given the timings, they would have had a vehicle parked nearby.

Equally important to the investigations are any sightings of a vehicle parked on or around Park Rd in Kaitikati around the time of the dairy robbery.

With two serious offences involving offenders armed with firearms occurring in quick succession, coupled with the death of the 57-year-old man in Paeroa, Police are keeping an open mind on if the incidents are linked.

"As we await the results of a post-mortem examination being carried out on the man in Auckland this morning we are appealing to the public for any information they may have on how he may have suffered his injuries.

"To the offenders involved in the Waihi and Katikati robberies I would urge you to make contact with Police and arrange to surrender yourselves at the earliest opportunity for your own, and the public's safety."

Anyone with any information on the death of the man is asked to contact Paeroa Police on 07
862 8744.

Anyone with any information on the Waihi and Katikati robberies or who noticed any suspicious activity around either business or erratic driving on SH2 between 6 a.m. and 6.20 a.m. on Monday 18 June 2012 is asked to contact Waihi Police on 07 863 8179.

Alternatively information on either incident can be left anonymously with Crimestoppers on 0800 555111.