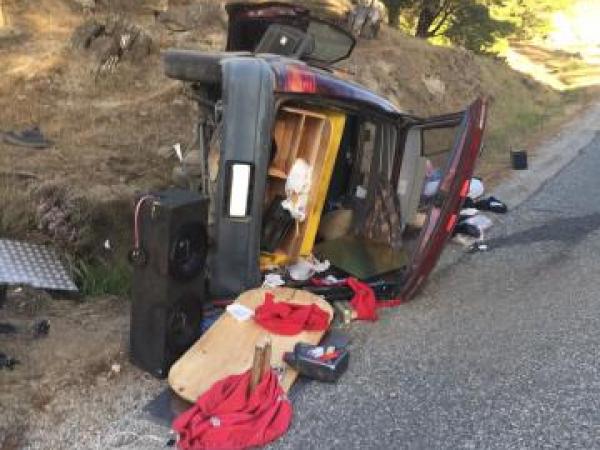 Alexandra Police attending a motor vehicle crash on Saturday evening were shocked to find the driver was a heavily intoxicated, unlicensed 15-year-old.

A people mover vehicle with four people inside had rolled and debris was across the road.

All four people in the car, including the parent of the driver, were intoxicated.

The driver was so heavily intoxicated he had difficulty standing.

Thankfully, no one was injured.

“We put a lot of work into educating people about driving safely and not drinking and driving and have a highly visible presence on our local roads this weekend, but people are still choosing to put themselves and others at risk.”

The driver was uncooperative and arrested for refusing to accompany Police for a breath test.

A later test returned a reading in excess of the adult legal limit of 400 mg/l.

He is being referred to Youth Aid.

“The attitude of the young driver and the choice of the parent who allowed him to drive were disappointing.”

“It’s sheer luck that they didn’t end up killing themselves or other road users.” Kerrisk says.