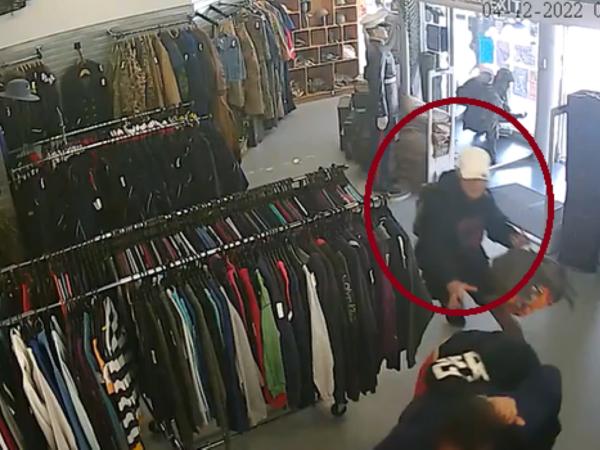 Police have arrested two people following an aggravated robbery at a store on Karangahape Road that took place around 4pm.

One 28-year-old man allegedly involved in the incident has been arrested and charged with assault with intent to injure and aggravated robbery.

A 42-year-old man has also been arrested on a charge of receiving the stolen property.

Both are due to appear in Auckland District Court tomorrow.

Another man believed to have been involved in the aggravated robbery has not been located and Police enquiries are continuing.

In CCTV footage he is pictured wearing a white hat, black hoodie and dark pants.

Anyone that recognises this man or has information that may assist Police in their enquiries is encouraged to contact Police on 105 and quote 221204/4831.