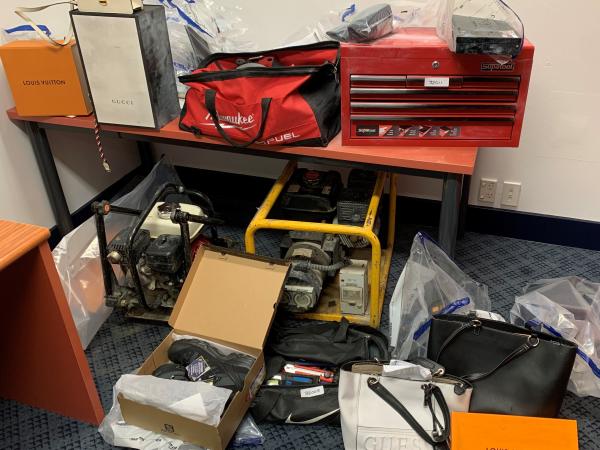 Three people have been arrested following an investigation into a number of burglary incidents that have occurred during the Alert Level 4 lockdown period.

A 27-year-old woman has been charged with a number of offences including 8 burglaries in the Auckland City Area.

This included five alleged burglaries targeting Post Shops in Mt Roskill, Epsom, College Hill and Auckland’s CBD along with other burglaries at construction sites in central Auckland during lockdown.

She will be appearing in the Auckland District Court next month.

Two other people were arrested as a result of further fraud offences identified.

Police located a large amount of stolen property during the search warrants including high-end bags, tools and construction equipment. Police are making follow up enquiries in relation to this stolen property.