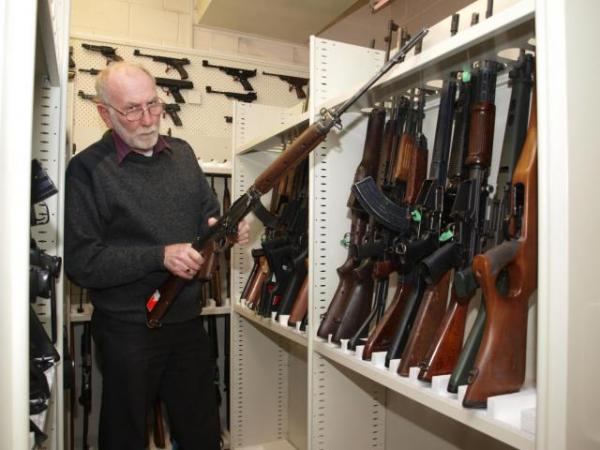 Police are warning gun owners to review their home security following the theft of 15 weapons and a large amount of ammunition from an Auckland gun collector.

The cache of guns and 5,000 rounds of shot gun ammunition were taken from a Bucklands Beach property between 9am and 5pm yesterday.

The burglary comes on the eve of Operation Unification, an Australasian wide two-week campaign aimed at encouraging the public to report firearms in the possession of unlicensed holders.

Assistant Police Commissioner Malcolm Burgess said Operation Unification will remove illicit firearms from the hands of New Zealand criminals for the safety of everyone in the community.

“Fortunately, the vast majority of New Zealanders never feel the threat of illegal firearms in their neighbourhood,” Mr Burgess said.

“But there is a small sub-culture of people who think it’s fine for them to hold guns without a licence or appropriate security measures. We know gang members and other criminals like the prestige and reputation they get from illicit firearms.”

Analysis of intelligence data shows a clear link between the illegal drugs trade and possession of firearms.

“Anyone who possesses firearms is required by law to hold a licence. If you know that weapons are in the hands of people without a licence, we encourage you to report it for the safety of all those around you.”

You can report to Crimestoppers anonymously by calling 0800 555 111, or call your local police station.

During Operation Unification firearms licence holders are also urged to make sure they store weapons safely and securely. Police estimate more than 950 firearms are stolen a year, and in more than half of all instances, more than one firearm is taken.

“In a small number of cases, such as yesterday’s burglary in Auckland, we suspect people legally possessing restricted weapons are targeted,” Mr Burgess said.

Crimestoppers is an independent charity that helps New Zealanders to fight crime by providing an anonymous and simple way to pass on information to the authorities. Call 0800 555 111 or email by visiting www.crimestoppers-nz.org

Police estimate more than 950 firearms are stolen a year, and in more than half of all instances, more than one firearm is taken. JPG - 48KB
Previous
Media Stand Up Firearms Burglary – Bucklands Beach
Next
Police Appeal for Crash Witnesses - Otahuhu