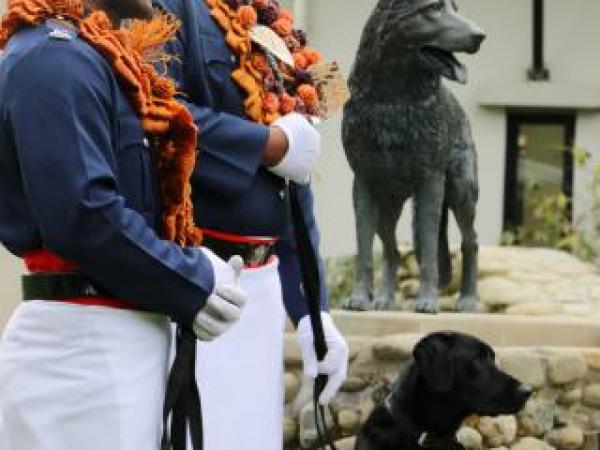 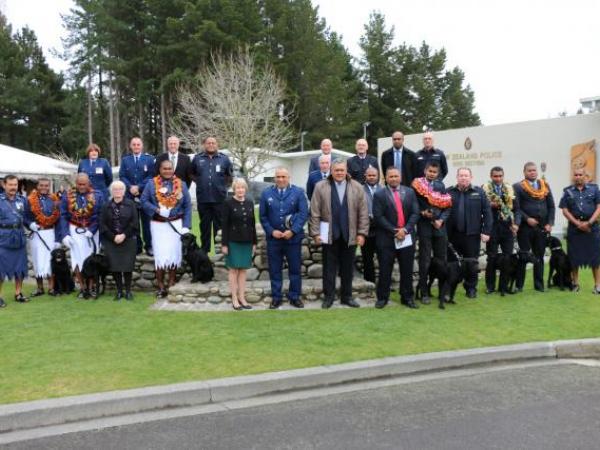 Six Fijian detector dog teams have completed their New Zealand training and graduated today in a ceremony at the NZ Police Dog Training centre in Trentham.

Police and Customs staff in New Zealand and Fiji have been working together to establish a detector dog programme in Fiji, which is the transport and travel hub of the Pacific.

“The teams graduating today are “World Class” and will play an important role in mitigating the risk of organised crime networks operating in the Pacific region. This is a good example of the collaboration between agencies in both New Zealand and Fiji working together with the common goal to stem the flow of illicit drugs.

“This will be the first time Fiji Customs and Revenue Authority has had a dedicated detector dog capability — until now Police detector dogs have been used at the border.”

“This training is part of a broader project to assist with the provision of effective detector dog services at the Fijian border and within the community.”

“The New Zealand Police facility at Trentham is recognised throughout the Pacific region for both the quality of its dog and handler training plus partnerships with agencies in New Zealand and Pacific nations.

“The Fiji detector dog programme reflects the cooperation and commitment between Police and Customs to protect borders in New Zealand and beyond.

“This project has a focus on long term capability and we look forward to building the relationship to ensure that New Zealand plays its part in combating cross-border organised crime in the region and the trade in illicit drugs.” said Mr Bush.

Fiji’s new detector dogs have been sourced within New Zealand as well as supplied by the Australia Border Force.

The training is part of a three year project which will see New Zealand advisors working alongside Fiji Customs and Police to embed the detector dog capability.

The new teams are expected to be operational in Fiji by the end of the year.

The New Zealand component of this project is funded through the MFAT administered, Pacific Security Fund.