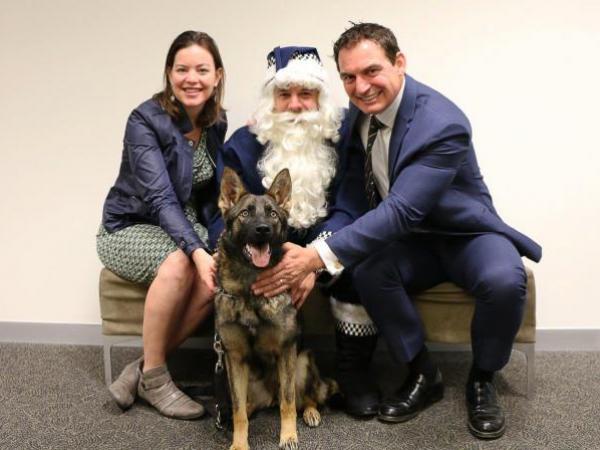 Home > News > Drive safely, we want you here for Christmas

The message from NZ Police and the NZ Transport Agency to road users is simple – drive safely, we want you here for Christmas.

More people have been killed on our roads this year than any year since 2010, and many have been left with life-long injuries, says Assistant Commissioner for Road Policing Sandra Venables.

“These tragedies impact not only those killed or injured, but their friends and family as well.

“Police and the Transport Agency want to help prevent this harm in the lead up to Christmas by positively influencing the mindset and behaviours of New Zealand road users.

“Today we are launching We Want You Here for Christmas – a national road policing operation aligned with a joint Police/NZ Transport Agency social media campaign. It focuses on four main contributors of road trauma – going too fast for the conditions, unrestrained vehicle occupants, impairment (such as fatigue, drugs, or alcohol), and distractions (such as using a cell phone).

“The social media campaign includes a series of four videos that aim to get road safety messages across in a more light-hearted way with a little help from Santa and some dogs named Fitzy and Tumeke.

“This evening officers will be also be out in force for an alcohol-focussed harm prevention operation. This will include random breath testing and alcohol checkpoints, as well as checking on seatbelts, and speed enforcement.

NZ Transport Agency Safety and Environment Director Harry Wilson says in a crash, speed is the single biggest determinant in whether anyone is killed, injured, or walks away unharmed. A small change in speed makes a big difference to the seriousness of injuries.

“We want to everybody to actively take responsibility on our roads.

“Police will be out there on the roads in the areas they know are of greatest risk. They are incredibly passionate about what they do, trying to keep all road users safe, but Police can’t be everywhere, and we’re urging everyone to take responsibility for safety and do their part. That means driving to the conditions, free from distractions and impairment, and properly restrained,” Mr Wilson says.

Assistant Commissioner Venables says the social media campaign backs up Police’s on-road activity by getting people to think about behaviours that put them in danger on the road, such as not wearing their seat belt – which is the theme of the first video.

“It takes seconds to put on a seat belt, and it could be the difference between whether you make it home or not.

“Being properly restrained significantly reduces your chance of death or serious injury. Restraints save lives – it’s that simple.

“Police cannot do this alone, we need everyone’s help to keep our roads safe.

“We want you here for Christmas.”

Police focus is on ensuring people are driving safely and to the conditions.

Over the holiday period – from 6am 18 December to 6am 8 January – if you're detected by a safe speed camera exceeding the area’s posted speed limit by more than 4km, you are highly likely to be ticketed.

Our officers will still have discretion in how they deal with incidents and how they are enforced. Their focus will be on preventing harm on our roads. We want you here for Christmas.