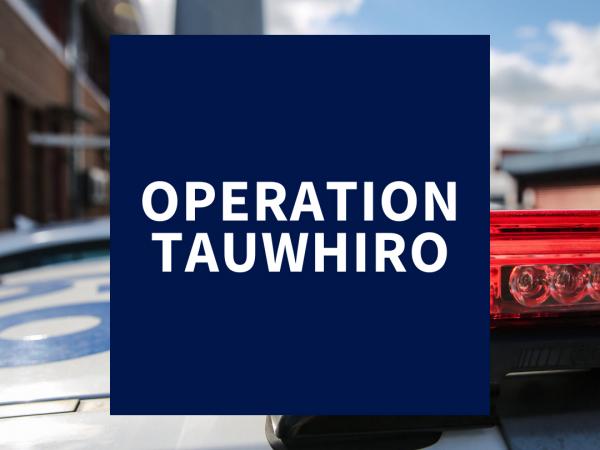 A national operation launched by Police earlier this year aiming to prevent firearms getting in the hands of criminals is seeing significant results, with hundreds of firearms seized.

987 firearms seized, nearly $5m in cash seized, and 865 arrests are the key figures from a New Zealand Police operation focused on disrupting and preventing firearms-related violence by criminal gangs and organised crime groups.

Operation Tauwhiro was launched in February by Commissioner of Police Andrew Coster as a six-month national operation. In that time it has had a significant impact in targeting the harm caused by those groups – and is why Commissioner Coster is today announcing an extension for a further six months, to continue this important work.

“The operation is also reducing harm by removing firearms from criminals and preventing them from getting firearms in the first place.”

“Police have been working to stop guns getting into the hands of criminal gangs and organised crime groups. This means working closely with our government partner agencies, with gun retailers, gun clubs and firearms licence holders to shut down the diversion of firearms from legitimate ownership to the possession of those involved in criminal activity and firearms-related violence."

This work continues as investigations into a range of associated offending are ongoing.

This is being done via Operation Tauwhiro as part of Police’s Organised Crime Strategy, launched in January 2021. A key element of the strategy is to address organised crime, its social drivers, and the harm it causes.

Community engagement and prevention initiatives take different forms across the country depending on what is needed in those areas. For example, in July Police joined approximately 100 people from the Māngere community to discuss community-driven solutions to gang tensions and gun-related crimes in the area.  In rural communities Police have been partnering with local providers to educate and inform members of the public about aspects of safe firearms use, ownership and responsibilities, and to ensure people who are living in more isolated communities who may be suffering from addiction can more easily gain access to the right services for themselves and their whānau.

“We appreciate the positive conversations we have had, and continue to have, with our partners and the community,” Commissioner Coster says.

Police welcomes information from anyone who has concerns about organised crime, or the illegal possession of firearms in their community. They are encouraged to report online at 105.police.govt.nz, call Police on 105, or report anonymously via Crime Stoppers on 0800 555 111 or www.crimestoppers-nz.org.

Operation Tauwhiro will run until March 1, 2022.

New Zealand Police are issuing some press releases in te reo as part of our celebration of Te Wiki o Te Reo. All releases have been translated using accredited translators. We recommend consulting both the te reo translation and original English versions for greatest clarity regarding the use of any legal or technical terms.