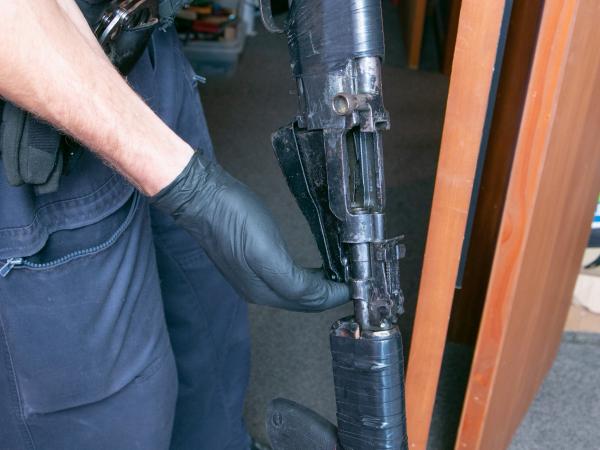 Police have charged two people and recovered a number of firearms and a quantity of methamphetamine following the execution of a search warrant on a rural property south of Nelson on Wednesday.

“Police located four firearms, as well as parts for four other firearms, ammunition, and methamphetamine and utensils,” says Detective Sergeant Ian Langridge, who led the operation.

A third person was arrested and released without charge.

“While the rest of the country has been making tremendous sacrifices, attempts to carry on with the illicit drug trade continue putting others at risk.

“Police are committed in our campaign against illicit drugs and organised crime, even in the current Alert Level 4 environment.

“I hope this further assures our communities that we will not tolerate it - we will continue to target these people and hold them to account at every opportunity.”

One of the firearms recovered by Police during the search warrant. JPG - 3MB
Previous
Name release, Clutha River
Next
Police urge public to maintain Alert Level 4 this Anzac weekend