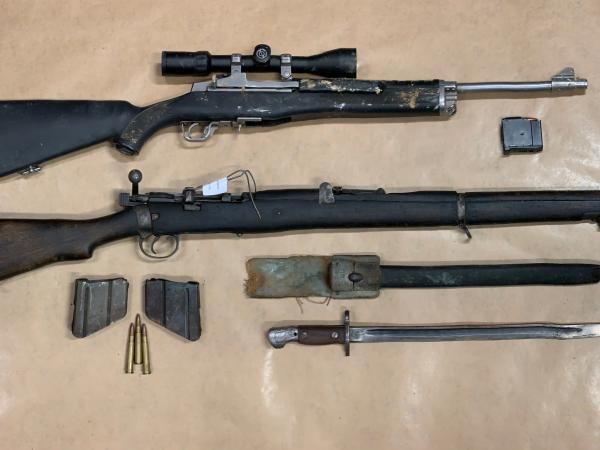 Northland Police have arrested five people as part of an ongoing operation targeting the illegal manufacture of methamphetamine in the region.

A number of search warrants were carried out by the Northland Organised Crime Unit across the Whangarei area yesterday morning.

With the assistance of the Armed Offenders Squad, two rural properties in Wheki Valley were searched at first light.

Four firearms were recovered from these properties including a semi-automatic 7.62 calibre prohibited weapon.

A third property in Portland was also searched by Police.

A number of local gang members and associates face charges as a result of these search warrants.

Both are jointly charged with the unlawful possession of firearms including the prohibited semi-automatic.

All four were due to appear today in the Whangarei District Court.

A further male was arrested and charged with unlawful possession of a firearm and will be appearing in court at a later date.

“These illegal drugs cause devastating harm in our local communities and the public can be assured that we will continue to arrest those responsible and hold these offenders to account.”

Anyone with information about illegal drug activity is asked to contact Police or phone Crimestoppers anonymously on 0800 555 111.