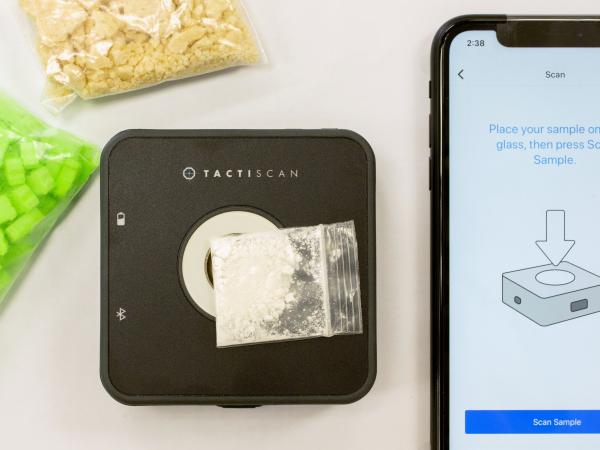 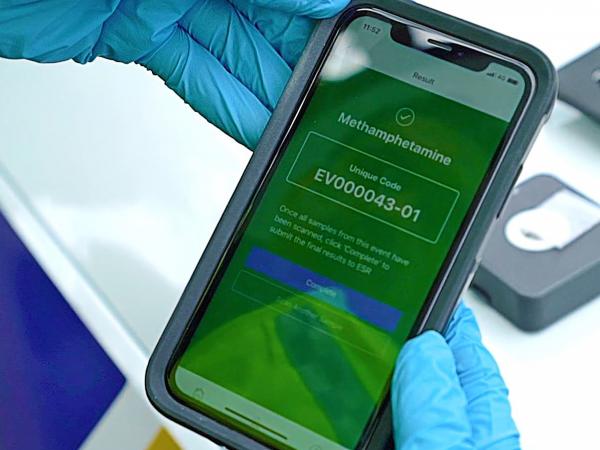 Police and ESR are excited to announce the development of a drug-screening solution which allows our frontline officers, working in our communities, to carry out real-time testing of drugs including methamphetamine using a handheld device.

In a world-leading initiative for law enforcement, NZ Police have collaborated with ESR in trialling the Lumi Drug Scan service which has enabled our officers to test for the most common drugs on the streets using a handheld device, and receive almost instant results through their work-issued mobile phone.

The drug screening service can test for methamphetamine, MDMA and cocaine - three of the most common and harmful drugs on the New Zealand market.

Superintendent Mike Johnson, Acting Assistant Commissioner: Investigations says we know the devastating and ongoing impact that harmful drugs such as methamphetamine have on our community. We also know how these drugs are often linked to organised criminal groups who prey on some of our most vulnerable members of society.

“The current drug-testing processes have limitations and as technology continuously improves, we need to look at ways to improve the tools available to frontline staff to ensure they are better informed at the scene and therefore able to make the best possible decisions in real-time.

“It was a frontline officer who asked for a tool like the Lumi Drug Scan (Lumi) as currently our officers rely on the circumstances presented to them combined with their experience to guide their decision making. The Lumi service uses science to support our people at jobs,” says Supt. Johnson.

“The current drug field testing kits used by Police (NIK) has some disadvantages. Other drug testing machines currently available are extremely costly and lack portability, so it’s not possible for frontline staff to use them while out attending incidents.”

“One of the biggest advantages of the Lumi Drug Scan service is that, unlike the current field testing kit, the device can screen through packaging, meaning that our officers will not have to open the bags of drugs they seize to test them and won’t be at risk of being exposed to the substances inside the package,” says Supt. Johnson

“ESR and police have taken a collaborative approach on this project, which we hope will ultimately have a positive impact on the wellbeing of our communities,” says Mr Sheppard.

The results from the Lumi Drug Screen service will not be evidential and drugs screened will still need to be sent to ESR for a full chemical analysis if required for Court. However it’s hoped the real-time information provided by the service will better inform our officers at the scene.

This will give them a fuller picture around the circumstances of the incident they are dealing with and to use this information to decide what steps to take next.

Acting Assistant Commissioner: Investigations Mike Johnson says a number of devices will be trialled for six months across Tāmaki Makaurau, in Canterbury and Central Districts.

The service which has enabled our officers to test for the most common drugs on the streets using a handheld device. JPG - 392KB
Previous
Name release - house fire, McLeans Island
Next
Research company hack targeted business billing information