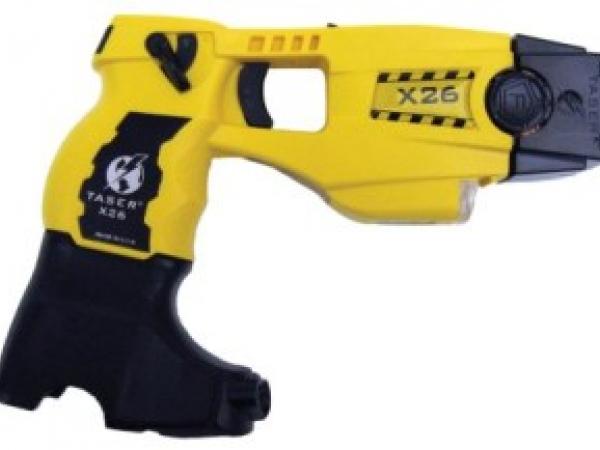 Gisborne Police are seeking the public’s assistance in locating a Police issued Taser that was lost while an officer was on duty last night.

It is believed the Taser and holster may have become dislodged from the officer’s belt clip when he attended a fireworks related incident on Waikanae beach near Peppers/Midway Surf Club at approximately 10pm.

Police were called to an incident involving a large group of youths at Peppers/Midway Surf Club who were reported to be shooting firecrackers at people and passing vehicles.

While Police were escorting the group from the area, one of the youths fired a firework which hit an officer in the arm. The officer was uninjured, however, the youths subsequently ran off and a struggle ensued when Police tried to stop them. It is during this struggle that the Taser is believed to have become detached from the officer’s belt.

As soon as the officer realised his Taser was missing, staff retraced their steps and revisited all the places they had been overnight to try and locate it, including a search of the beach during daylight hours.

"This is an incident that we are taking seriously, and we acknowledge the potential risk that could be posed if the Taser ends up in the wrong hands,” says Tairawhiti Area Commander, Inspector Sam Aberahama.

“We are satisfied that we have done everything we can to try and find the Taser, we believe it was lost sometime between 10pm and 12:30am.

“We would like to advise the public that the Taser is a restricted weapon and maintaining possession of it may constitute an offence. If you come across it please call 111 immediately so local Police can recover it safely.”

We are also seeking the public’s assistance in locating the Taser, if anyone has seen or knows where it may be they should call their local Police or report anonymously via Crimestoppers on 0800 555 111.

As is commonplace following incidents like this, Police have begun a policy, practice and procedure review of the incident and while this is subject to that review Police is unable to comment further.