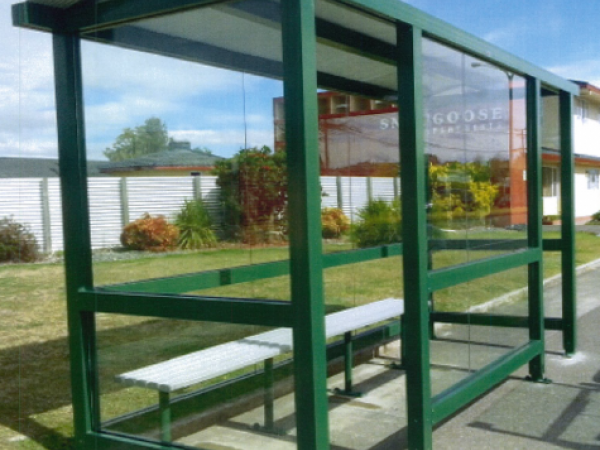 Police are asking for the public's help in locating a bus shelter which was stolen from Torea Street, Granity.

It is unclear when the shelter, similar to the one pictured, was stolen but it has occurred between June and August while building work was being completed in the area.

It is highly likely someone knows where the shelter is due to it being a unique item to take.

If anyone has any information in relation to where the shelter has ended up, they can contact their local police station.

Alternatively, information can also be provided anonymously via the organisation Crimestoppers on 0800 555 111.

Released by the Police Media Centre

It is unclear when the shelter, similar to this one, was stolen but it has occurred between June and August. PNG - 417KB
Previous
Fleeing driver incident Dargaville
Next
Police seek Mark Cameron Armishaw