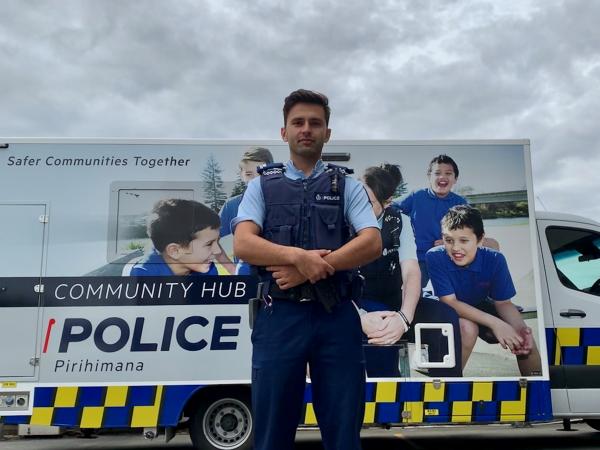 For Farhat Seyar, one positive interaction with a Police officer was enough to spark his desire to become a constable.

The 22-year-old is one of 20 new constables who have graduated this week as part of Recruit Wing 335-5.

After 19 weeks of intensive training the group is ready to work on the frontline in Auckland’s three Police districts: Auckland City, Counties Manukau and Waitematā.

Nine of the new constables hail from overseas, including from South Korea, China, France, Trinidad and Tabago, Australia, Samoa and Afghanistan.

Born in Afghanistan and having grown up in Pakistan before moving to New Zealand at the age of 15, Farhat Seyar always knew he wanted to do something that made a difference.

It wasn’t until he met a Police officer that he realised how he was going to do that.

“The first interaction I had with Police here in New Zealand was in high school when an officer saw I was riding my bike to school without a helmet on. He stopped me and was genuinely concerned for me, and you could tell he just wanted me to be safe,” he says.

“From that moment I just knew I wanted to be a Police officer and straight away started looking at ways I could get there.”

The second eldest of eight siblings, Farhat Seyar says he also wanted his brothers and sisters to look up to him, and is already inspiring some of them to join Police when they are older.

“I guess I want be a role model for not only my siblings, but for everyone, especially in Afghan or Pakistani families. I want to show them that you can do something you love and make a difference. I guess this is also my way of being able to give back to the community and New Zealand.”

Farhat Seyar also hopes his fluency in more than four languages, including Farsi, Pashto and Urdu/Hindi, will help him in his new role based in Auckland City.

Between the 20 new constables, they speak more than seven languages, including Mandarin and Samoan.

They also have more than seven qualifications ranging from degrees in science, sports and exercise, accounting, commerce, psychology to qualifications in contemporary music and construction.

While a traditional graduation ceremony did not take place this week due to restrictions around mass gatherings and precautions around COVID19, the graduations were instead carried out with the recruits and their trainers as part of a formal dinner on Wednesday evening.

The new constables will have a one-week break before starting duties in their districts.