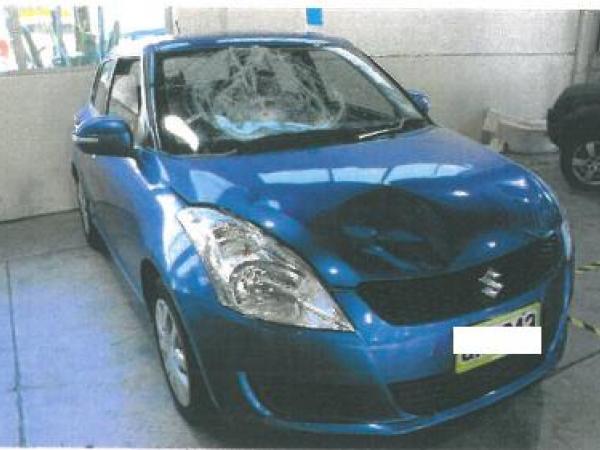 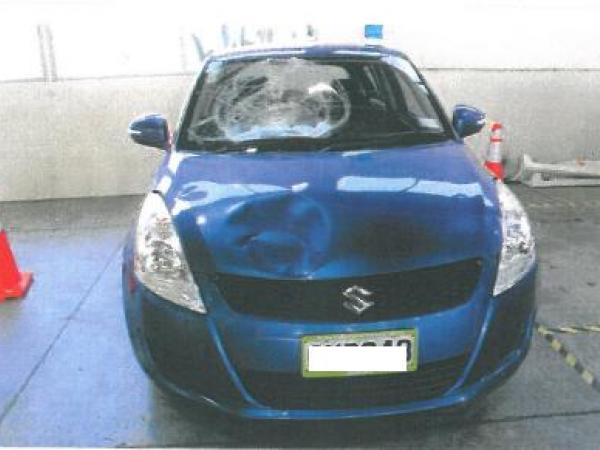 Auckland City Police have serious concerns for a pedestrian who is believed to have been hit and injured by a car last Sunday morning in Great North Road, but has not yet been identified by Police.

On Wednesday 3 April, Police were contacted by a rental car company. A blue Suzuki Swift they had hired to a customer had been returned to them with considerable damage to the windscreen and bonnet. (Pictures attached)

An examination of the car has established that the vehicle has in fact hit a person. The driver of the vehicle has been identified and located and is assisting with Police with enquiries and over the past few days the investigation have followed several lines of enquiry.

Police now believe the crash occurred at 1.30am on the morning of Sunday 29 March. The unidentified victim is believed to have been crossing Great North Road in Avondale, between the Mobil Service Station and Larch Street. The Suzuki was driving in the right-hand east bound lane, and has struck the pedestrian. Police believe the pedestrian has hit the bonnet and the windscreen and has then been left lying on the side of the road.

The driver has left the scene shortly afterwards and Police understand the victim has, at the very least, sustained a head wound.

“While we can reassure the public that we have identified the driver and are speaking with him, we desperately need to identify and speak with the victim here’’ says Detective Sergeant Kevin Blackman, Auckland City Police.

“We’ve checked with all of the hospitals and are making other enquiries, however at this point we still don’t know who this person is. The information we have is that the victim is possibly a young, dark-skinned woman with long dark hair. There could be any number of reasons as to why that person hasn’t come forward or sought medical help, but we’d encourage them to make contact with us as soon as possible, or tell an adult or friend about what has happened” says Det Sgt Blackman.

The driver of the vehicle is a young man. The investigation is ongoing and until all of the facts have been gathered, Police are unable to make any comment about criminal charges at the moment.

Information can also be given anonymously to the organisation Crimestoppers on 0800 555 111.