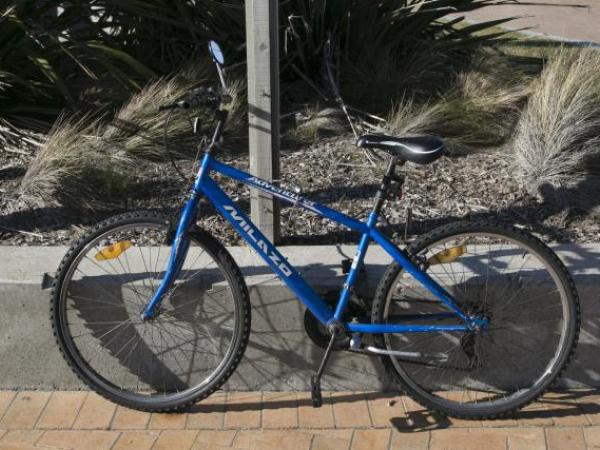 Canterbury Police are appealing for the public’s help with an ongoing investigation after the body of a man was found approximately 200 metres south of the New Brighton Pier on Sunday (22 November 2015).

Detective Sergeant Nicola Reeves says that the man was found by members of the public taking an early morning walk along the beach.  "The man is estimated to be aged in his 60-70s, Caucasian, balding with a small amount of grey hair.  He was found wearing a black jacket, blue jeans and green and black sports shoes.  The man was also wearing a sports watch and had a key on a lanyard around his neck.”

Police believe that the man may have used the blue Milazo Adventure bicycle with a wing mirror welded on the handle bar, shown in the picture, to travel around.

"We need help from the public to identify this man as soon as possible so that we notify his family and piece together what has led to his death" said Detective Sergeant Reeves.

Police urge residents of the eastern suburbs to check on the welfare of elderly men, family members and neighbours, especially they live alone.

Anyone with information on the identity of the man or the owner of the bicycle is asked to contact Christchurch Police Station on 03 363 7400.

Information can also be provided anonymously by calling Crimestoppers on 0800 555 111.

Media note:  An audio file of Detective Sergeant Reeves verbalising this release is available by texting the Canterbury Police District Communications Manager on 021 942 404