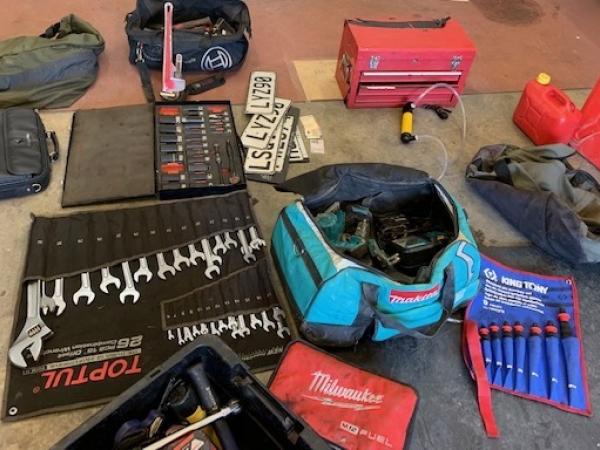 Officers in Levin conducting a vehicle search have recovered a substantial amount of what is believed to be stolen property.

The officers stopped a driver for dangerous driving at about 11pm on 8 September.

Police would like to reunite the owner or owners with their property.

“We’d also like to remind people to be vigilant and lock up securely when leaving their homes or workplaces,” says Detective Sergeant Dave Wilson, of the Levin Tactical Crime Unit.

“With expensive items like tools, make sure you record serial numbers or engrave your name on them for ease of identification.”

Anyone who recognises the property pictured can contact Levin Police on 105.

A 24-year-old man was charged with driving in a dangerous manner and was due to appear in Levin District Court today.