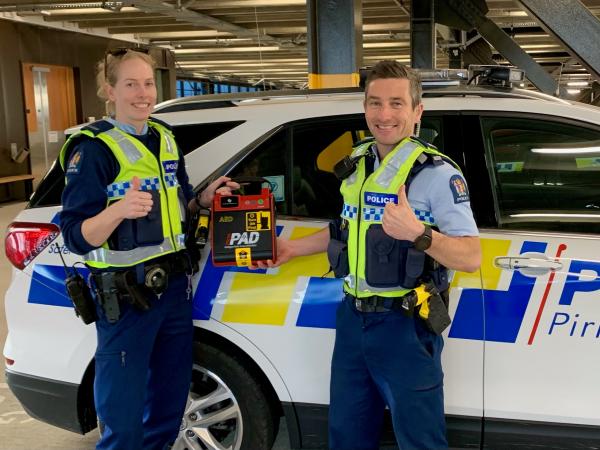 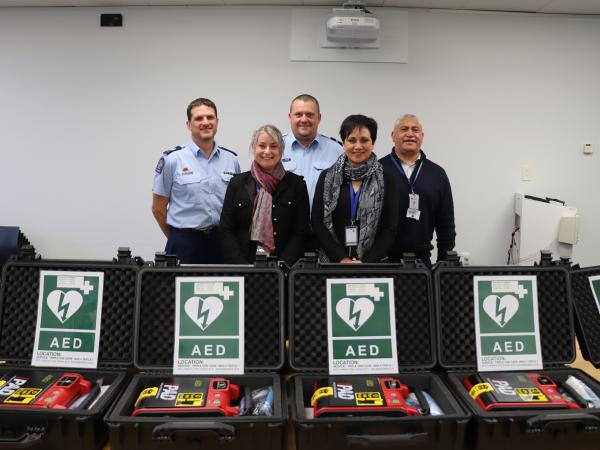 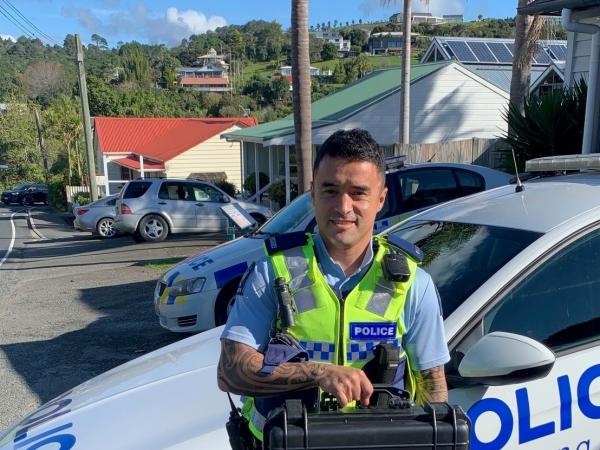 Police has rolled out AEDs in 368 vehicles across the country as part of its commitment to safe homes, safe roads, and safe communities.

“We are often the first on the scene at crashes or medical events,” says Superintendent Steve Greally, Director National Road Policing Centre.

“Having an AED in vehicles means we can provide support to someone suffering from heart failure until the medical emergency team arrives.”

An AED is a lightweight, portable device that delivers an electric shock through the chest to the heart. The shock can potentially stop an irregular heartbeat (arrhythmia) and allow a normal rhythm to resume following sudden cardiac arrest (SCA). According to St John, SCA is one of the leading causes of death in New Zealand.

“Someone living in an urban area might expect a rapid response from a mobile medical service, like St John, but this isn’t the case in the more rural parts of New Zealand,” says Superintendent Greally.

An AED can increase someone’s survival chances by up to 44 per cent. Without an AED the chance of survival decreases by 10 per cent for each minute that passes without defibrillation.

Steve Dickson, Acting Road Policing Manager Northland says, “I have no doubt that the availability of defibs in Police vehicles in remote Northland communities will save a life – it’s just a matter of when.” Northland District has been allocated 10 AEDs.

Southern District Acting Road Policing Manager Ian Temple says “One of our fundamental roles is to preserve life. Having these defibrillators in many of our patrol vehicles in rural and provincial areas means we’re now better placed to help people in need.” Southern District has been allocated 23 AEDs.

Dan Mattison, Road Policing Manager Tasman says, “We have a geographically spread district with a scattered, aging population and limited resources. Our staff are out in the community and often the first on hand in times of crisis. These AEDs are a critical tool to enable officers to respond effectively when crucial minutes can determine the outcome.” Tasman has been allocated 13 AEDs.

Canterbury District Road Policing Manager Natasha Rodley says, “Having defibrillators means we can act quickly and potentially save more lives. When it comes to cardiac arrests, a few minutes can make all the difference as to whether someone comes home from hospital or not.” Canterbury District has been allocated 14 AEDs.

Commercial Vehicle Safety Team (CVST) National Manager Mike Brooklands says, “Having the AED in the CVST vehicles ensures an ever-wider coverage across the network especially in the remote rural areas. We can support families in critical times of need by decreasing the response time of other emergency services and potentially save a life.” The four CVSTs have been allocated 70 AEDs.

Districts Auckland City, Waitemata and Counties/Manukau have 66 AEDs. Waikato and Bay of Plenty have received 65 AEDs. Central District has 34 AEDs while Eastern has 13 and Wellington has eight. The remaining 52 have been allocated to national road safety vehicles (Highway Patrol and Mobile Road Safety Bases).

The 368 AEDs rolled out to districts are additional to existing district AEDs.