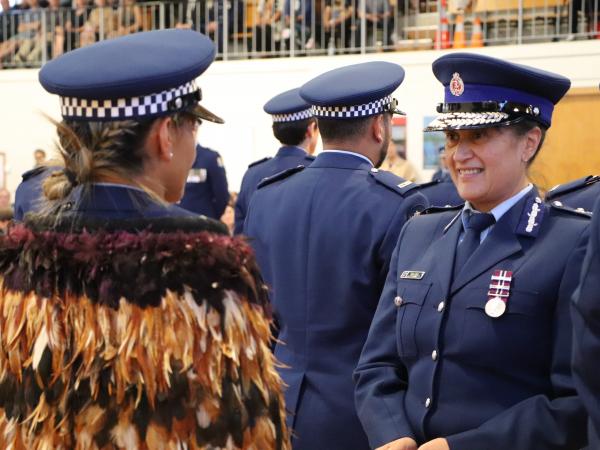 Police focus in recent years to recruit more wāhine Māori is bearing fruit with Thursday’s graduation of Wing 355 having one of the highest proportions ever of both Māori and wāhine Māori recruits in a wing.

Of the Wing’s graduates, 23 are wāhine Māori. Just five years ago Police’s entire annual intake of wāhine Māori was 22, now we’ve surpassed that in one wing.

The 23 wāhine toa bring a huge variety of life experiences, which will benefit the communities they will work in across Aotearoa.

This Wing 355 milestone has come about as part of Police’s ongoing effort to diversify its workforce to demonstrate commitment to Māori and the Treaty, and to best connect with our communities to prevent crime and harm.

Media are invited to attend the 355 Graduation on Thursday 30 June at 2pm.

Any media wishing to attend should contact the Police Media Centre as soon as possible by RSVP to:  media@police.govt.nz

Media attending need to be at the arena all set up no later than 1.45pm on the day.