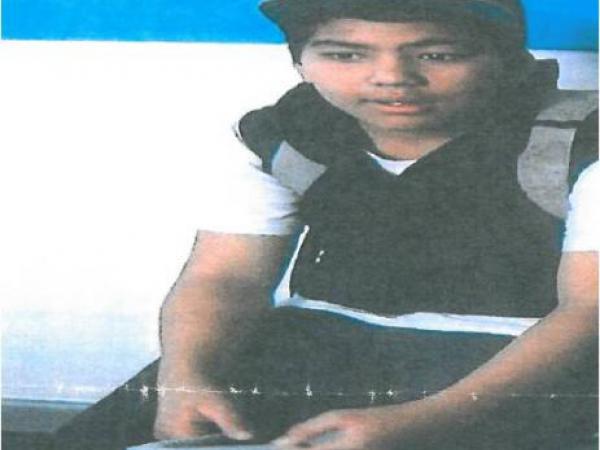 Police are seeking information as to the whereabouts of 14 year old Demetrius Masiutama.  Demetrius was last seen at 6am on 24 March in Pakuranga.  Yesterday was his 14th birthday.  He suffers from a mild intellectual disability and is meant to take medication but has not done so for some time.

He has family in both Mangere and Papakura and could be in either of these areas or sleeping rough or with friends anywhere else in the Counties Manukau District.  Police are concerned for his welfare due to the time since he was last seen and would like to establish his location as soon as possible.

A photo of Demetrius is attached.  Anyone who sees Demetrius is asked to call Police on 111, or anyone with information on his whereabouts can contact the organisation Crimestoppers on 0800 555 111.