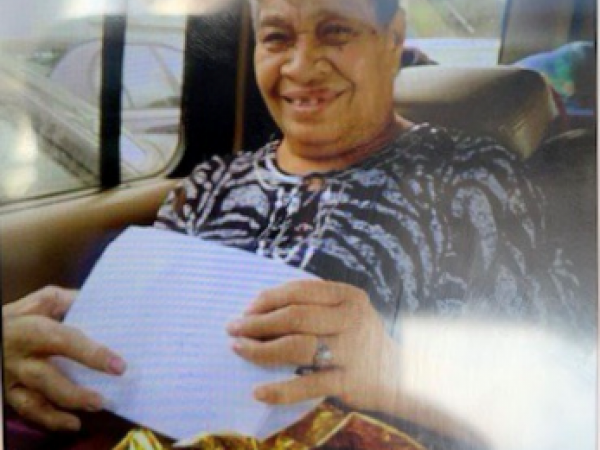 Police are appealing to the public to help locate 72-year-old Simeli Vaeau, who went missing from her home in Otara this morning.

She was last seen about 9am at her home in Wymondley Road.

She was reported missing shortly after 9.30am.

She has dementia and may not have access to her medication and her family and Police have concerns for her welfare.

Simeli Vaeau was last seen wearing a purple jacket and grey track pants. She is described as 154cm tall, of slim build and she has short grey hair.

Police are asking anyone who may have seen her in the area or the wider Counties Manukau area, including Clover Park and Manurewa, to contact them on 09 261 1300 or 111.

Anyone with information about her whereabouts is urged to contact Police immediately.