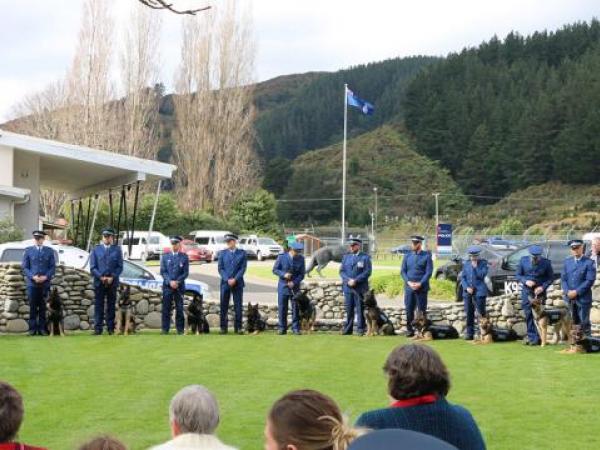 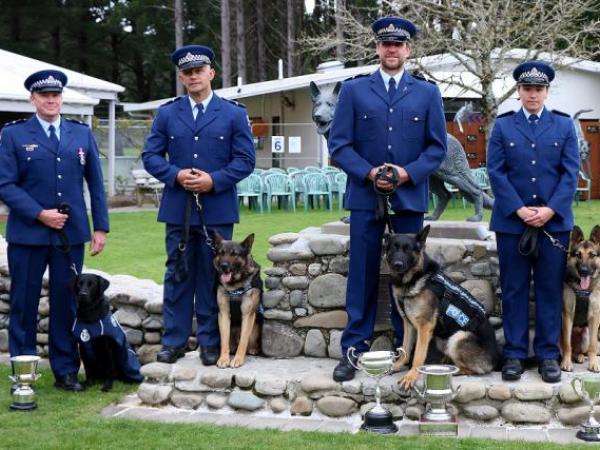 After three days of fierce competition at the National Police Patrol and Detector Dog Championships this week, New Zealand’s top dogs – and handlers – have been crowned.

The competition involved a range of activities to test the unique skills of dogs and their handlers and was held in the Upper Hutt area.

Snr Const Chapman, who has been a dog handler for eight years and has been working with Mario for about nine months, says he was “absolutely stoked” to take top honours.

“I thought we were up there but I had my money on someone else winning it. But you just don’t know.

“Everything you did had to be perfect. We know what’s coming up because they tell you, but everything has to be done perfectly.”

Constable Elyse Lewis and Mist, from Whangarei, took out second place, as well as the Commissioner’s Challenge Cup for obedience disciplines. Constable Lewis is only the second female Police Patrol dog handler to compete at the National Championship level.

“I found the competition very challenging. It really tested my boundaries – and tested my pressure levels.

“I learned a heck of a lot about me and my dog and what we can do together. Overall it’s been very rewarding.”

Mario and Mist share a special connection – they are brother and sister from the same litter.

The Narcotic Detector title was won by Senior Constable Chris Harris, with dog Floyd, from Auckland.

“I’m really chuffed. I knew Floyd was very capable, but being the first time for me here, I didn’t know what to expect – and you really don’t know where you stand until the names are called at the end.

We just wanted to do as well as we could, and I’m obviously very pleased with the result.”

“The competition was extremely stiff this year, and the scores were all very tight at the top.

“Everyone worked really hard just to get here in the first place, and it’s a big deal to have come and competed at a national level. And of course, those who have taken out titles should feel very proud of themselves and their dogs.”

Runners-up in the Narcotic Detector category were Corrections Dog Handler Maurice O’Connor with Radar in second, and Customs Officer Kofe Koko with Yarra.

Image 1 - Patrol Dog competitors line up at the prizegiving before winners are announced.

Patrol Dog competitors line up at the prizegiving ceremony before winners are announced. JPG - 49KB