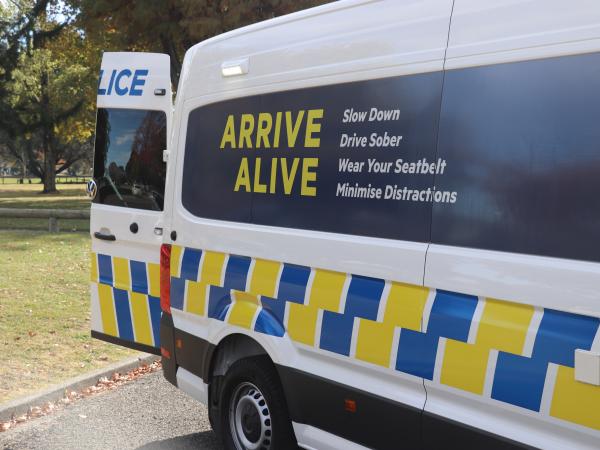 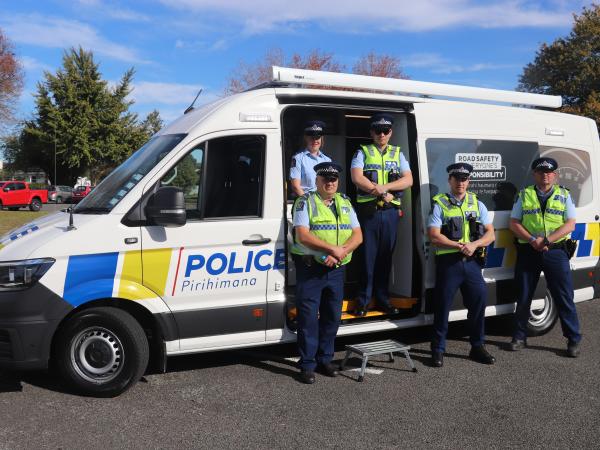 The arrival of a new Mobile Road Safety Base will allow Eastern Police to access more remote parts of the district to stop drink drivers and reduce trauma on the roads.

The six-metre-long VW Crafter van is one of two that will be based in the Eastern District and part of a nationwide roll-out of 28 new Mobile Road Safety Bases. The second should arrive later this month.

The Eastern vans replace the 20-year-old ‘booze bus’ which was bulky, hard to maneuver and required a driver with a Class 2 licence.

The van’s maneuverability will mean staff can visit areas that were not as accessible with the old ‘booze bus’, Eastern District Road Policing Manager Inspector Matt Broderick says.

“Having these new Mobile Road Safety Bases out and about will mean our staff are mobile - anywhere, any place, any time,” Inspector Broderick says.

“The important message remains – If you are going to drink don’t drive. Organise a sober driver to pick you up, or use public transport, taxi or uber.”

“The new Mobile Road Safety Bases are a much more user-friendly environment for our staff and drivers being processed out on the roads and in rural areas where the majority of the Eastern District’s fatalities occur.”

The van has already been used in Wairoa, with plans to visit a range of areas throughout the district in the future.

“Making sure our roads are as safe as they possibly can be is something we are all passionate about and this is one of the tools we have to ensure this is the case," Inspector Broderick says.

He expects the heavily branded Mobile Road Safety Bases will attract attention from the public and with police being visible on our roads and supported by other marketing campaigns, will encourage good driving behaviour.

For the environmentally savvy, the Crafter is smaller, easier to maintain and park, and uses large batteries charged by mains power to reduce reliance on fossil fuels.

By identifying areas where a van can be used instead of a truck, fuel use can be reduced, along with the running cost and carbon footprint.

It uses a modern, environmentally responsible process to monitor and charge auxiliary batteries through stop/start technology, eliminating the need for an external generator or for the vehicle to constantly idle while on the side of the road.

The new Mobile Road Safety Base will be on display at the Hawke’s Bay Road Safety Expo at Pettigrew Green Arena next week where Hawke’s Bay rangitahi will get the chance to view and the work Police do up close.