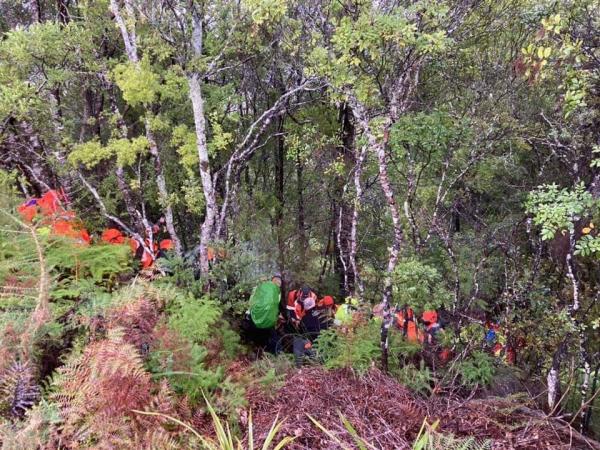 Police want to acknowledge the tireless contribution and massive response of volunteers and members of the public who have helped search recently for two Northland men, who went missing in separate incidents.

The search for 72-year-old Whangārei man Brian Bench was the largest search operation conducted in the Northland area in the past 17 years. (see note)

During the five-day search, helicopters and sniffer dogs were brought in to help and volunteers scoured backyards, streets and waterways.

Mr Bench, who suffered from Alzheimer’s, was discovered by Police staff off a walking track on Mount Parihaka and sadly, despite their efforts, he passed away at the scene.

Only days after locating Mr Bench, Police were involved in a search to find 95-year-old Charles Strange who went missing from the Whangaroa Marina. Sadly he was found deceased on Monday.

Head of the Northland Police Search and Rescue Squad, Senior Sergeant Cliff Metcalfe, said in both cases the contribution from the public and volunteers were crucial in finding the missing men and being able to return them to their families.

“The community rallies in these sorts of times of adversity and Police really appreciate the support. Their assistance is invaluable and their concern for Brian was genuine,” Senior Sergeant Metcalfe said.

“It’s not the result we were hoping for but we were able to return these loved ones to their families, for which they were very grateful.”

In the case of Mr Bench, members of the public and volunteers searched a huge area, which would have taken Police weeks to cover on their own.

“Without the public we couldn’t have covered the large area and properties that we did. We would have only been able to scratch the surface.”

“All the information we received, we investigated.”

He thanked groups who turned up and fed those involved in the search, which included Soul Food and Rapid Relief.

“It was like looking for a needle in 1000 haystacks. But the whole team operated at 150 per cent and there was never any thought of giving up. There was a steely determination between the volunteers and the management team to find Brian. We owed it to his family,” Metcalfe said.

“We were hugely grateful and were blown away by the people coming forward to help, even if they didn’t know Brian.” At its peak there were about 160 people involved in the search for Brian.

And when Police were this week called to look for Mr Strange, locals in the Whangaroa area leant a hand to the Police operation.

The search headquarters was at the Whangaroa game Fishing Club. The Police Dive squad were called in but it was members of Far North SAR who found Mr Strange deceased.

“Once again the community rallied and the hospitality was phenomenal,” Metcalfe said.

He said it had been an unusually busy period for search and rescue.

“Normally people don’t venture out in winter. It’s been unusually busy for this time of year.”