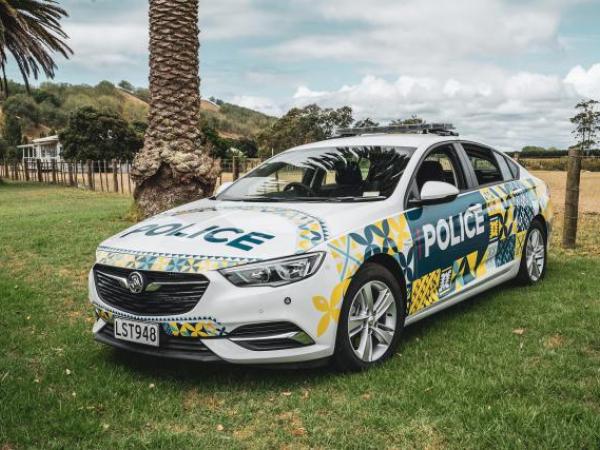 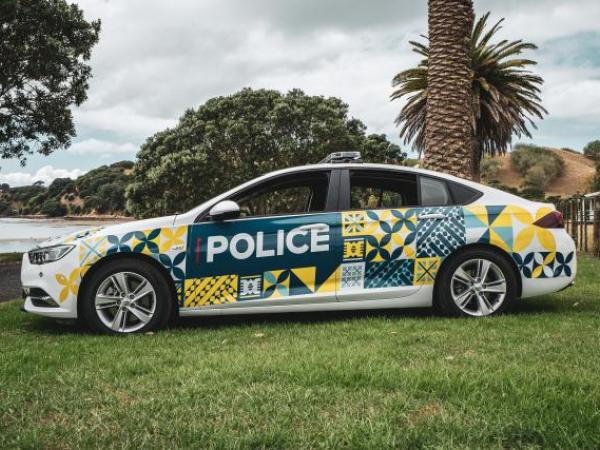 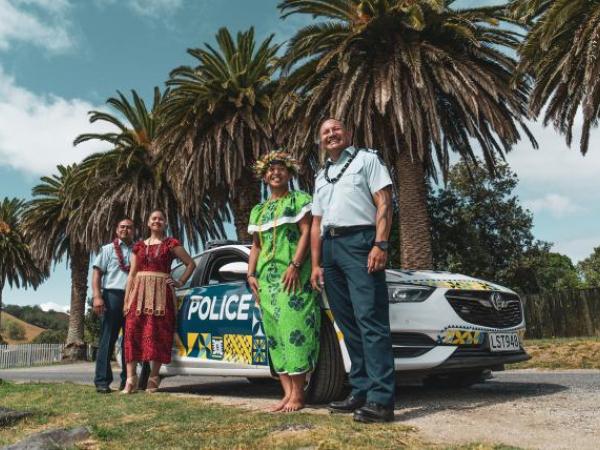 New Zealand Police has unveiled the latest addition to its vehicle fleet today, which aims to highlight its commitment to the Pasifika community.

The Pasifika Car, adorned with designs from various nations in the Pacific, was launched at the 2019 Polyfest at Manukau Sports Bowl this morning.

It was unveiled by the Governor General Dame Patsy Reddy and Acting Minister of Pacific Peoples Carmel Sepuloni, along with the Police District Commander for Counties Manukau, Superintendent Jill Rogers.

The Pasifika Car was created to acknowledge the important relationship between New Zealand Police and the country’s Pasifika community.

Superintendent Jill Rogers says Pasifika peoples make a vibrant contribution to the increasing cultural diversity of Aotearoa, and are an integral part of the Tāmaki Makaurau and Counties Manukau community especially.

“With an estimated 200,000 Pasifika people living in Auckland, it’s important that we reach out to that community and connect with them,” she says.

“This car is a symbol that shows our dedication to do just that, and also New Zealand Police’s commitment to celebrate the communities we serve.”

“We are super excited about this car, we see it as a gift, a taonga, a mealofa, to our Pasifika  community to engage them and build relationships,” he says.

“There are a lot of really positive initiatives and developments going on in this space, and this is just the latest.”

“Police recognise the social importance of tapa within our Pasifika communities, particularly in the form of gifting. The car is our gift to the Pasifika community in the area. The tatau design at the front and rear represents protection, guidance and strength. Police will continue to be protectors of our Pasifika Communities and provide guidance and strength to our communities when needed,” Senior Sergeant Tafāfuna’i David Laumatia says.

The Va’a will be based in Counties Manukau but will be used for various community events, workshops, recruitment drives and career seminars around Tāmaki Makaurau, and throughout the country.

Note - a video of the Pasifika car is on the New Zealand Police Facebook Page.