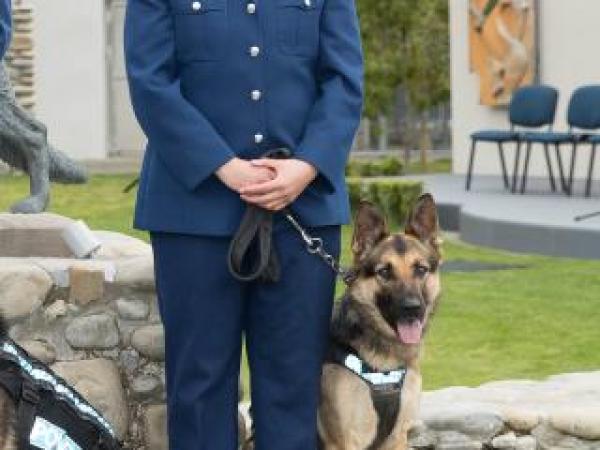 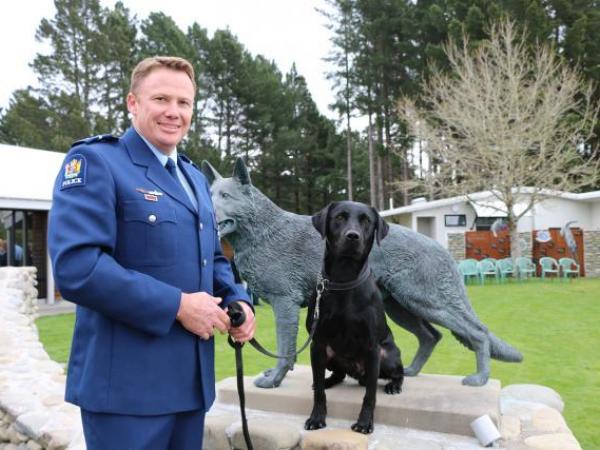 Paws, pride and professionalism are on the line next week when 23 Police and Services dog teams compete against each other for national titles.

Police, NZ Customs, Corrections, Aviation Security and NZ Defence Force dogs and handlers, selected from local trials, are taking part in the premier event which is spread across three categories.

Twelve Police patrol dogs and handlers from Whangarei to Invercargill will be put through a series of challenging obedience disciplines, heelwork, tracking, criminal work and building searches.

Six narcotic detector dog teams – two from Police (both from Tamaki Makaurau), two from the Department of Corrections (Central and Auckland) and two from NZ Customs (Auckland and Wellington face similar tests in their category.

Five explosives detector dog teams – one from Police (Wellington), two from the Aviation Security Service (Auckland and Wellington) and two from the New Zealand Defence Force compete in the third category.

Inspector Todd Southall, National Coordinator: Police Dogs, says the national championships are a highlight of the year and designed to bring out the best of handlers and their dogs.

“All the tasks and test activities are based on the real-life skills decisions that handlers and their dogs must make when they are responding day and night to a variety of incidents and situations.

“It will be three intense days of competition for dogs and their handlers, but it’s also a time when all the agencies learn from one another.

“Dog teams do a fantastic job in helping keep our communities safe.  They provide a critical frontline response, detection and prevention capability whether it’s on the street, at our borders, prisons, airports or in military roles.”

Senior Constable Chris Harris and Floyd (Tamaki Makaurau) will be defending their title. JPG - 55KB
Previous
Police urge riders to be safe and think of others
Next
Final update: Police Operation in Grey Lynn