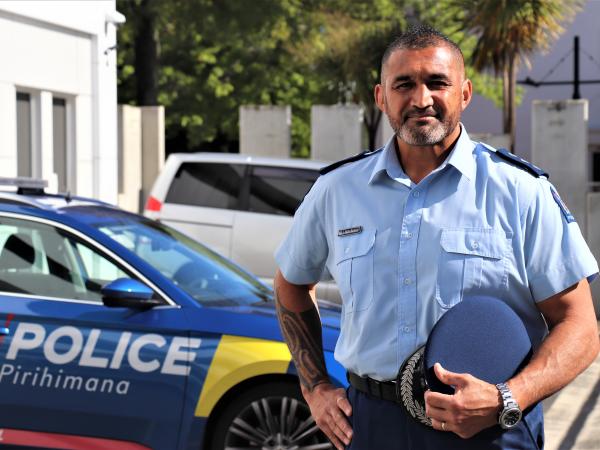 After two decades in Police, Inspector Herby Ngawhika is announced as the new Rotorua Area Commander.

Born and raised in Rotorua, with strong links to many Te Arawa iwi and hapū right around the lake, Herby (Te Arawa) says his focus on community safety has only been strengthened with the arrival of his moko last year.

“I want to make sure she grows up in a safe town - that Rotorua is a safe town for all those growing up here and living here.”

As well as a familiar face in police, Herby is well-known in the community holding a number of leadership roles. He’s currently Chairman of the Rotorua Boys High School Board of Trustees and Pikirangi Marae, and sits on the Ngati Whakaue Education Endowment Trust.

Herby moves to the role from his position as Bay of Plenty Māori Responsiveness Manager, and has previously worked in frontline and CIB.

“My personal satisfaction comes from working with our people to create better outcomes.”

That’s included his involvement in the establishment of Bay of Plenty’s Gang Harm Reduction Team, which works towards reducing gang-related harm, as well as building capacity in the MPES team.

“In terms of leadership, I take the greatest satisfaction from staff becoming leaders themselves.”

Moving into Area Commander, Herby says that focus will continue to be on the people surrounding him.

“I’ll be doing what I can to make sure our people are able to do theirjobs to the very best of their ability.”

“Herby is a humble leader who prefers to let his actions do the talking. He’s definitely the right person to lead Rotorua.”