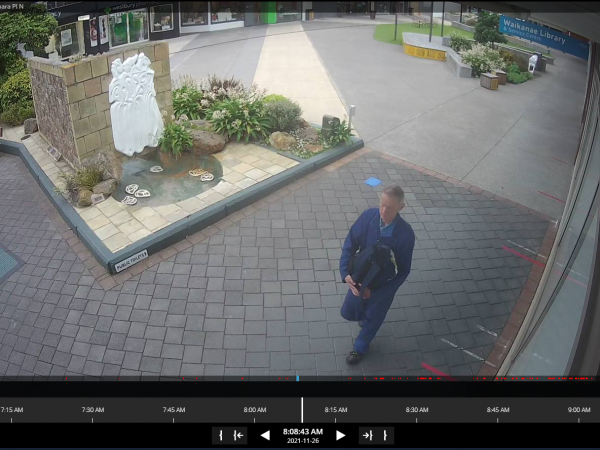 Joe has been missing from Waikanae since Friday morning.

Police have received a possible sighting (pictured) of Joe between approximately 8:15am and 8:20am on Friday walking eastwards on Elizabeth Street, Waikanae.

He is described as wearing blue overalls, carrying a backpack and putting on an orange and white bucket hat.

Joe is around 178cm tall and of a thin build.

His disappearance is extremely out of character and his family and Police have serious concerns for his wellbeing.