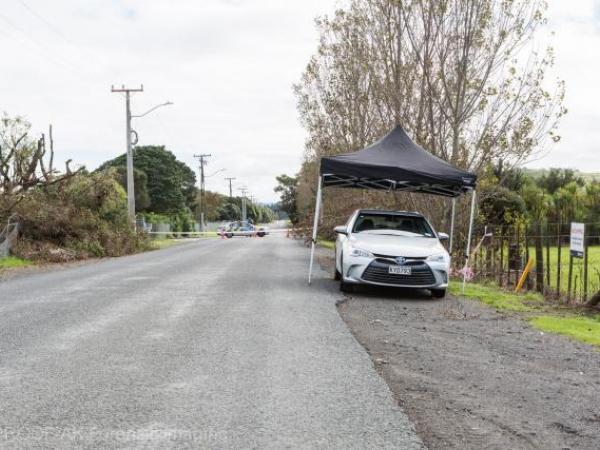 The male victim, who was located deceased at the scene with gunshot wounds, has been identified as 28-year-old Abraham Tuuheava from Manurewa. He was also known as Epalahame Tuuheava or “Hame”.

A post-mortem examination is being carried out today by the Coroner.

Police are continuing to talk to the female victim, who was known to the deceased male, as part of our enquiries.

She remains in Auckland Hospital in a serious but stable condition and is recovering following surgery for multiple gunshot wounds.

Police are still piecing together the circumstances surrounding the incident and are in the process of carrying out a forensic analysis of the victims’ car which was located at the scene.

Detective Inspector Tofilau Faa Vaaelua says Police are looking for two Tongan male offenders, one believed to be older than the other, in relation to this incident. One is also taller than the other and was described as having a slightly hunched back.

“We believe this was an isolated incident and we also feel confident that through our enquiries will be able to uncover the identity of those responsible for this attack.”

Police are also releasing a photo of the victims’ car, a silver 2017 Toyota Camry (pictured), in the hope that members of the public may have seen it as they drove past the vehicle on Greenwood Rd any time before 6am on Tuesday.

“We want to hear from anyone who saw this vehicle on Greenwood Road early yesterday morning or who witnessed any suspicious activity in the area,” says Detective Inspector Vaaelua.

“We believe it’s only a matter of time before the offenders are caught and we are appealing to the males involved to hand themselves in to Police.

“We are also appealing to anyone in our community with information about this incident to do the right thing and contact Police.”

Information can be provided by calling our Counties Manukau Crime Squad on 09 261 1321 or you can contact Crimestoppers anonymously on 0800 555 111.