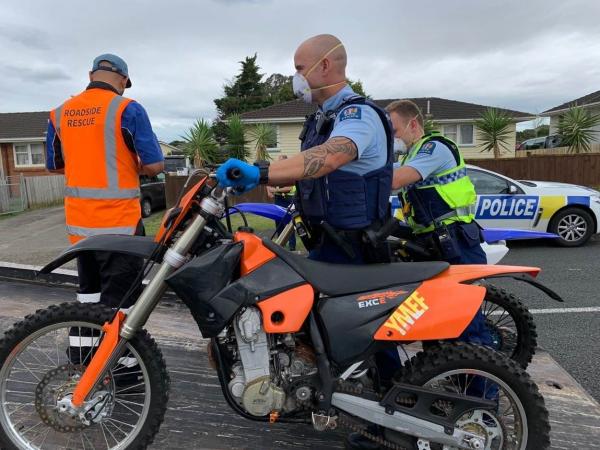 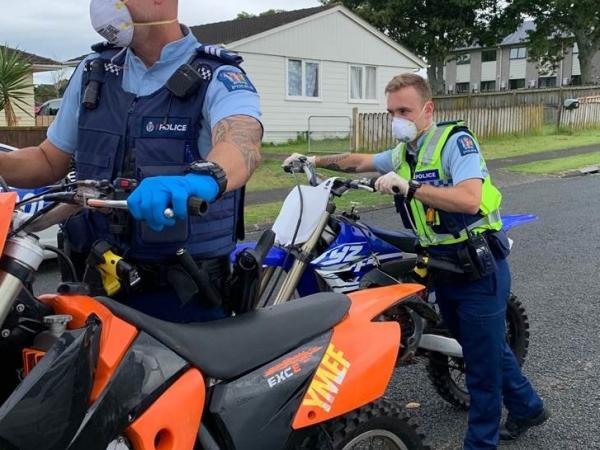 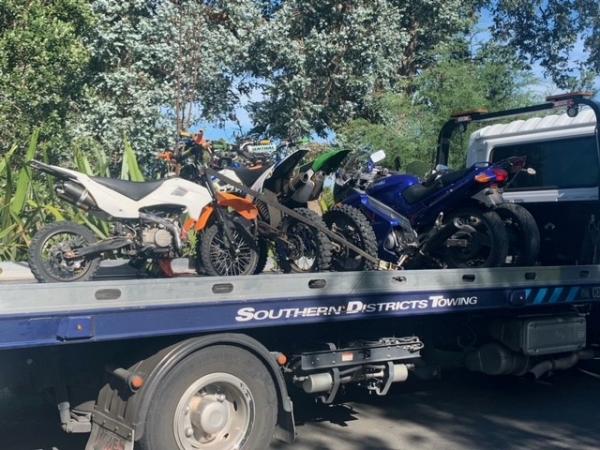 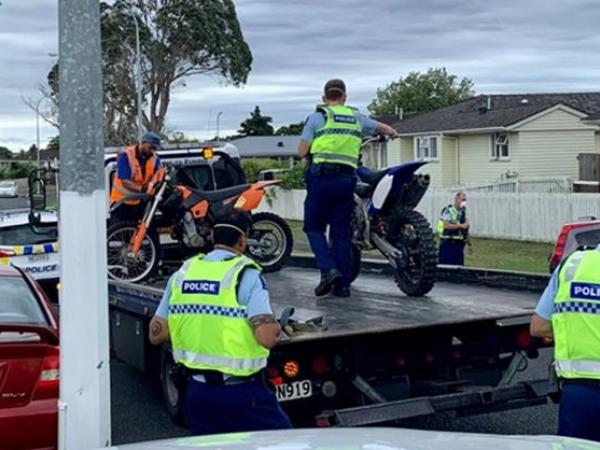 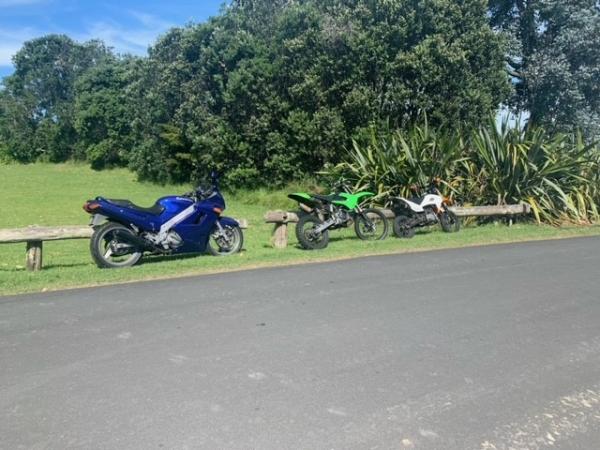 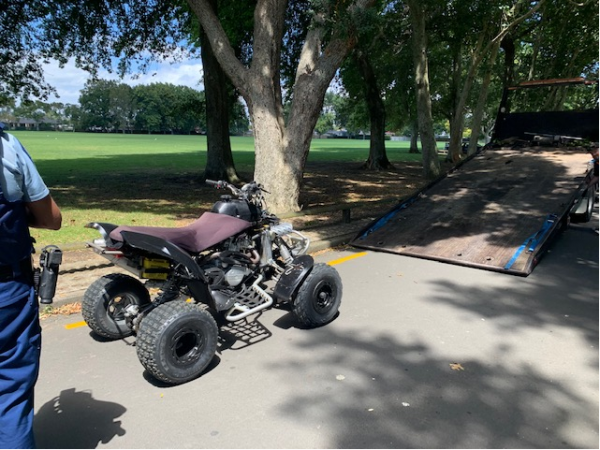 Counties Manukau Police are issuing a warning to dirt bike riders after impounding a number of bikes in the past week.

In the most recent incident, three dirt bikes and two road bikes were impounded following a report of a group of riders travelling around Musick Point in Bucklands Beach on Sunday afternoon.

Some of the riders dumped their bikes in the bushes upon Police arrival and fled on foot.

Thanks to the assistance of golfers at the Howick Golf Course and some members of the public, Police were able to locate and seize five bikes, one of which was stolen.

A youth was also apprehended at the scene and enquiries are ongoing by staff to identify other riders involved.

In another incident, Counties Manukau Police seized a quad bike last Friday after it was observed ripping up turf at Walter Massey Park.

The council was notified and further action is likely to follow against the rider.

Police also received a report last Tuesday (16th February) of a crash where a quad bike rider without a helmet was injured after he was seen coming off a bike on Yates Road in Mangere.

Police attended the scene however no rider or bike was located on the road. Further enquiries by staff located a male at a nearby address with significant injuries being treated by ambulance.

Police located and impounded two bikes from this address and are unable to rule out charges.

In the past week Police have also received reports of crashes where dirt bike riders have been injured after crashing into vehicles in Otara and Mangere Bridge, with enquiries ongoing into these incidents.

In one particular incident on Friday afternoon (19th February), a male who wasn’t wearing a helmet has driven through a red-light in Otara and crashed into another vehicle.

He was transported to hospital and was very lucky to sustain only moderate injuries. Enquiries are ongoing and charges are likely to be laid.

Inspector Kay Lane, Counties Manukau Road Policing Manager, says it is only a matter of time before one of these riders is killed.

“In general these dirt bike riders show little regard for their own safety or the safety of those around them on the roads.

“We are continuing to see riders put themselves and other motorists in significant danger by driving recklessly, carrying out dangerous stunts and failing to wear helmets.

“We are appealing to these riders to stop putting themselves and other road users at risk. It may seem like fun until one of your mates is seriously hurt,” says Inspector Lane.

It is illegal to ride a dirt bike on the road unless it is roadworthy with a current warrant and registration. Anyone riding a bike with an engine capacity above 50cc needs to have a motorbike licence.

Police also want to see parents and family members take responsibility for the actions of these riders, some of whom are youths, and ensure they are acting safely and wearing helmets.

“The last thing we want is to have to knock on your door and tell you that your loved one has been killed or seriously injured in a crash.”

Officers are currently reviewing dozens of hours of CCTV footage of the bike ride.

170 vehicles have been identified as taking part in the ride and Police are continuing to identify those riders and vehicles involved in traffic offences with a view of taking further action.

Inspector Lane says Police require the assistance of the public to help identify bike riders responsible for offending on our roads and to locate their bikes.

“We want to hear from family members or neighbours who can provide information about the identity of these riders and/or the properties where these bikes are located.

“Police will continue to seize and impound illegal road and dirt bikes and take follow up action against those responsible for offending.”

Police ask anyone with footage of dirt bike riders offending on the roads to upload it to this portal: https://dirtbike.nzpolice.org/

Anyone with information about the identity of the riders involved or addresses where the dirt bikes are located should email DL_CMSCU@police.govt.nz or call 105. You can also contact Crimestoppers anonymously on 0800 555 111.