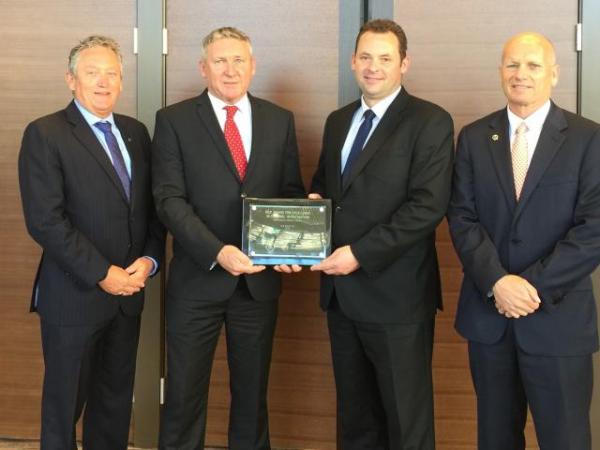 New Zealand Police have been acknowledged at the International Association of Chiefs of Police (IACP) Awards.

The entry from New Zealand Police has finished third in the IACP/Thomson Reuters Award for Excellence in Criminal Investigations.  The New Zealand entry was one of 10 finalists in the category which drew 53 entries from around the world.

New Zealand Police have won the second runner up award for the investigation into a criminal blackmail threat to poison infant formula with 1080.  The 11 month investigation leveraged technology to trace the origin of the contaminant and identify and screen more than 2,600 persons of interest.

The successful investigation resulted in one person pleading guilty to two charges of attempted blackmail.

The investigation was one of the biggest undertaken by New Zealand Police in recent times, said Commissioner Mike Bush.

“This award is recognition for the investigation team and their dedication and commitment to identifying the offender so they can be held to account. The investigation team were meticulous in their approach, managing large volumes of information and applying a range of forensic techniques in gathering evidence,” said Commissioner Bush.

The awards recognise quality achievements in managing and conducting criminal investigations and promote the sharing of information on successful programs.

The overall award for Excellence in Criminal Investigation was taken out by Homeland Security Investigations (HSI) Cyber Division and the first runner-up award went to the Toronto Police Service.

HSI won the award for a project that saw them working with non-government organisations to leverage new technology and methods to confront child sexual exploitation and identify the victims of these crimes. Together with its Child Exploitation Investigations Unit, Victim Identification Program, HSI has identified and rescued more than 1,500 victims of computer-facilitated child exploitation crimes from Jan. 1, 2015, through May 17, 2016.