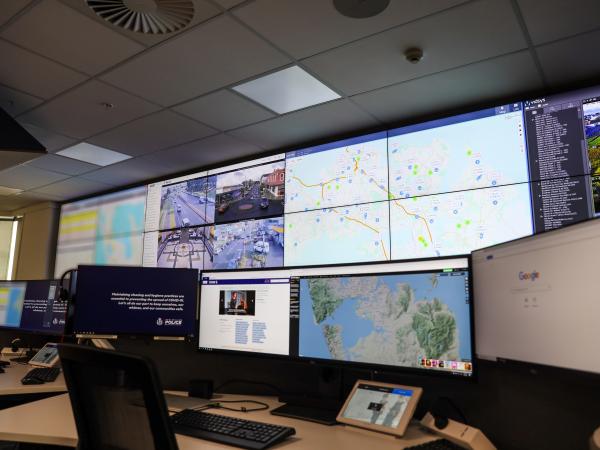 Police are excited to announce a new deployment centre for Auckland that will see a more effective response of Police staff across New Zealand’s largest city.

The new Tāmaki Makaurau Deployment Centre will bring together a number of specialist workgroups under one roof come late September.

Deputy Commissioner John Tims says the move will mean Police are better positioned to respond to and prevent future harm right across Auckland.

“This will ultimately enable us to improve our operational delivery, to ensure we continue to deliver the Police service that New Zealanders expect and deserve.

“Crime sees no borders, so we need to be able to deploy our resource effectively when and where it is required to deliver the best outcomes for communities.”

At present there are three District Command Centres across Auckland - Auckland City, Counties Manukau and Waitematā - and the new centre brings them together.

Deputy Commissioner Tims says the three Districts continue to operate with their own leadership teams, other Police services and frontline staff.  There is no change to the number of frontline staff working within each area.

“The new Deployment Centre will house specialist workgroups such as our intelligence teams, who are experts in the field of crime patterns and crime environments.

“It will also include our performance and workforce management teams - as well as the Upper North Media Centre.

“The combined expertise within the centre will improve how we co-ordinate and deploy staff to achieve our goal of safe homes, safe roads and safe communities.”

The Tāmaki Makaurau Deployment Centre is expected to be fully operational by late September and will be based at Piki Ki Te Ao, located in Ōtāhuhu.

It was named by Tainui at a recent blessing ceremony, which was also attended by Ngāti Whātua.

Piki Ki Te Ao translates as the aspiration of diversity, the coming together of communities.

“A number of other workgroups will be based there to provide an enhanced service to Auckland, this includes the Northern Communications Centre, File Management Centre and the Crime Reporting Line.

“Our colleagues at Fire and Emergency New Zealand, who are also currently based with the Northern Communications Centre, will also be joining us and making the move.”

These enhancements are all part of Polices continued commitment to deliver the best possible service and leads right into our next project Tāmaki Makaurau: Policing for the Future, recently initiated by Police Commissioner Andrew Coster.

“The project is looking to ensure Police continues to be in the best position to understand, prevent and respond to issues and opportunities right across Auckland, now and into the future,” says Deputy Commissioner Tims.

“We’ll also be looking to better understand how we can work with and alongside our partners and communities, to have an even greater impact.”

Three district command centres will be combined into one based at the Tāmaki Makaurau Deployment Centre. JPG - 6MB
Previous
Two charged in relation to fatal Winton crash
Next
Missing person - Kumeu