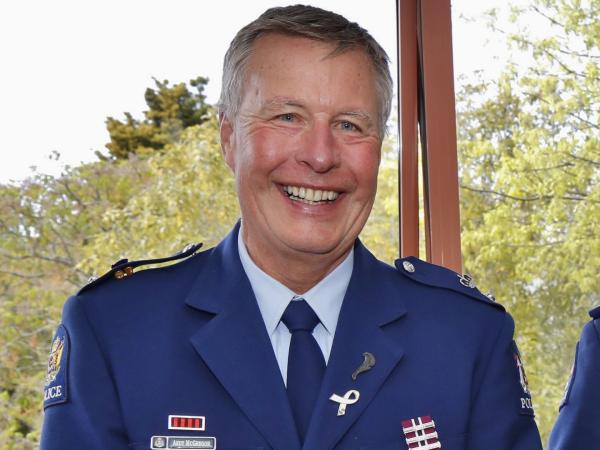 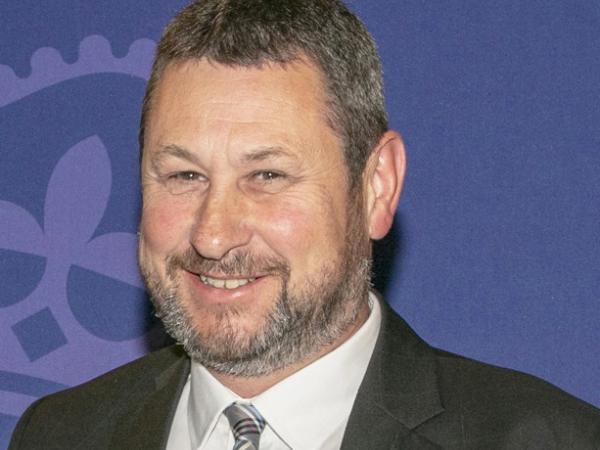 Two leaders in Police are today honoured by the Queen for their services to New Zealand Police and the community.

Two former police officers are also honoured after community nominations – Alf Filipaina, of Auckland, who becomes a Member of the New Zealand Order of Merit (MNZM) for services to Police and the community; and Glenn Cockroft, of Invercargill, who receives the Queen’s Service Medal (QSM) for services to traffic safety.

“Police work is all about service, not awards, and these recipients would be the first to tell you that,” he says. “However, these honours are extremely well deserved and it’s fantastic to see New Zealand formally recognise their contributions.

“Between them they have given more than 150 years’ service to New Zealand, in a range of policing and community roles, and have all made huge contributions to our vision of making New Zealand the safest country.

“We can all be very proud of their achievements, and I congratulate them all.”

Full citations can be read below.

Superintendent Andy McGregor has been in Police for 41 years. He has been Bay of Plenty District Commander since November 2014, with previous roles including
Canterbury Metro Commander and National Manager of Communications Centres.

In the Bay of Plenty he has instigated a culture of partnership between government, NGOs, iwi, hapū and minority communities and has driven culture change locally to enable more effective policing and increase community engagement.

“I am very humbled by this award, as it is not something I was expecting,” says Andy.

“I see this award as recognition for everyone who has worked in this Bay of Plenty district over many years, in particular the focused work with Māori communities over the past several years, to achieve better outcomes.

“I want to thank the team of staff around me who continue to strive for the Bay of Plenty community, and of course, I wouldn’t be able to do my work without the love and support of my family.”

He has had leadership roles in many high-profile investigations, including the St John of God enquiry into historic sexual offending, the CTV Building collapse during the 2011 Christchurch earthquakes, the Pike River Mine explosion and 2019 terror attacks.

He says he is very humbled to receive the award:

“I’m lucky in that I have a very understanding family and group of close friends who have been fully supportive of my work,” he says. “Because of their support, I have been able to better appreciate the need for Police to place victims at the centre of all our investigations.

“I feel very privileged to have worked on some very high profile and complex criminal investigations and to have worked with some incredibly supportive people and mentors inside and outside the Police.

“I’ve also been lucky enough to have led and been involved with great teams who are very motivated to provide the best service Police can for victims.

“One of the projects I am very proud to be involved in is the Law Enforcement Torch Run, and seeing the joy it brings athletes to participate in Special Olympics events here and overseas.”

The recipients will be presented with their insignia in a ceremony hosted by the Governor General of New Zealand, The Rt Hon Dame Cindy Kiro, on a date to be confirmed.

Superintendent Andy McGregor has had a 41-year career with New Zealand Police in provincial and metropolitan settings and has been Bay of Plenty District Commander since November 2014.

He was Canterbury Metro Commander from 2012 to 2014 and National Manager of Communications Centres from 2008 to 2012. He has instigated a culture of partnership throughout the Bay of Plenty between government, Non-Government Organisations, and iwi, hapū and minority communities.

He has driven a culture change with local Police, enabling more creative and effective policing styles and crime prevention initiatives, changing engagement with the community. This has included the development of a mobile application by his frontline staff for support service referrals and initiatives for drug and alcohol addiction and family harm offending.

His Gang Harm Reduction Team has provided an alternative method of deterring young men and seasoned gang members away from the criminal lifestyle, also allowing mediation of several gang conflicts. He has established strong productive relationships with iwi across the Bay of Plenty, which have been enduring and based on trust.

This has been instrumental in helping address several sensitive tragedies and ensuring major changes in how Police engage with Māori communities.

Superintendent McGregor founded and chaired the Bay of Plenty Collective Impact Governance Group from 2016 to 2020, and currently co-chairs the Waiariki-Bay of Plenty Leadership Group.

He has led investigations into some of the most challenging and high-profile cases in New Zealand. He oversaw the St John of God enquiry into significant and historic sexual offending by a group of priests at a Christchurch school from the 1960s to 1980s, leading the investigation to a successful resolution.

Following the 2011 Christchurch earthquakes, he oversaw the missing person coordination, the disaster victim identification process and led the investigation of the CTV Building collapse. He was appointed in 2010 to lead the criminal investigation into the Pike River Mine explosion and to oversee the Pike River re-entry programme, an ongoing investigation.

Following the 2019 Christchurch terror attacks, he jointly led the investigation and made key evidential decisions that achieved outcomes that observed cultural sensitivities, without compromising evidential demand against a background of intense scrutiny.

He has overseen the creation of the Investigation Management Tool (IMT), a software-based solution that has improved management of investigative casework.

Mr Alf Filipaina was a member of New Zealand Police from 1978 until retiring in 2016.

Mr Filipaina became the first Pacific Liaison Officer the New Zealand Police in 2000, building a positive rapport with the Pacific community in the Counties Manukau Police District, allowing him to resolve many issues in the community. He co-created the Counties Manukau Pacific Wardens and brought together the individual groups by establishing the Auckland Regional Pacific Wardens in 2010.

He was elected to Manukau City Council in 2003 and appointed co-chair of Te Tiriti o Waitangi Komiti in 2007. In 2010 he was elected to the newly formed Auckland Council as the first Māori/Pacific Councillor for the Manukau Ward.

Following the 2010 super city amalgamation, he played a key role in the development of the Auckland Unitary Plan, chairing the committee from 2013 to 2016. He was appointed Deputy Chairperson of the Environment and Communities Committee in 2016.

Mr Glenn Cockroft has been advocating for traffic safety in his community and nationally for more than 30 years.

Mr Cockroft was a Ministry of Transport Traffic Sergeant from 1989 before becoming a sergeant with New Zealand Police in 1992.

Until retiring from Police in 1997, he implemented and campaigned for national child safety programmes travelling from North Cape to Bluff, showcasing a mobile showroom promoting the importance of the safety of children. He visited Lion’s Club members’ homes, communities and schools for the campaign, on a voluntary basis, to allow the funding to have the best possible reach for children nationally.

Following the completion of the programme, he received a commendation from the Minister of Transport and Minister for Police for his contributions to child safety education.

Since retiring, he has opened a museum dedicated to preserving New Zealand Traffic history, located on his property, holding scale-model patrol cars and motorbikes and other equipment, touring groups from schools and communities. His museum was named New Zealand Garden Magazine’s ‘Shed of the Year’ in 2018.