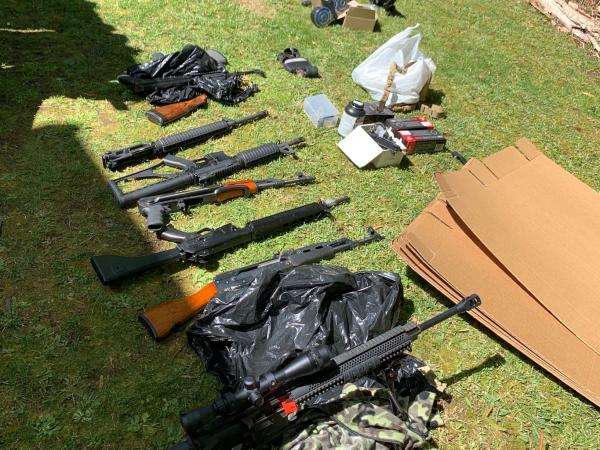 Waitemata Police have charged two people following an investigation which resulted in dozens of firearms being located at a North Shore property.

Police carried out two search warrants at addresses in Wairau Valley on Friday in relation to firearms and drug offending.

Located at one of the properties were 25 firearms of various calibres, including a large number of prohibited military style semi-automatic firearms, a shotgun and a pistol.

Also located were numerous boxes of ammunition and a quantity of methamphetamine.

A search of the second address located a significant amount of ammunition and more than 50 cannabis plants.

A 54-year-old man is facing a number of firearm charges, including unlawfully possessing a prohibited firearm, as well as possession of methamphetamine.

A second man, aged 54, is facing firearms and cannabis-related charges and is due to appear in the North Shore District Court on 22/10/2020.