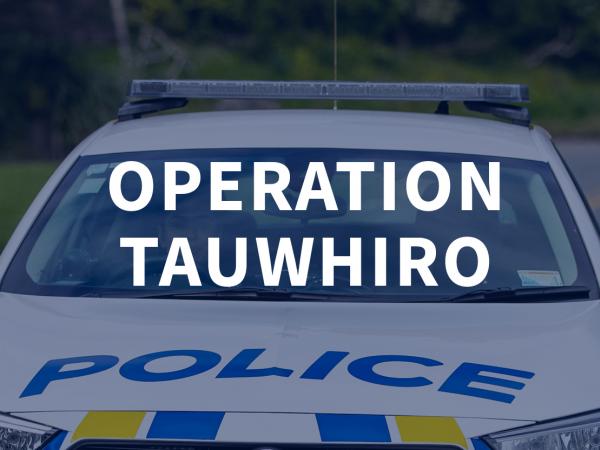 A national operation launched by Police in February targeting the disruption and prevention of firearms-related violence by criminal gangs and organised criminal groups is already seeing results.

Since Operation Tauwhiro launched in February, 350 firearms have been seized, along with $2.46 million in cash. 378 people have been arrested in relation to firearms offences.

“Although we are only in the early stages of this long-term operation, these initial results are significant,” says Assistant Commissioner: Investigations, Lauano Sue Schwalger.

“Any individuals or groups that are in possession of unlawful firearms or are involved in violence involving firearms can expect to be the focus of significant Police attention. This kind of offending is completely unacceptable and is a high priority for investigators.

“We are focused on preventing firearms getting into the hands of criminals. To strengthen this effort Police have established a Firearms Investigations Team. The sole focus of this team will be to identify and investigate the illegal manufacture, modification, and supply of firearms to gangs and organised crime groups”.

“The team recently executed a search warrant in Auckland and located a firearm illegally possessed by a person not holding a Firearms Licence. Enquiries revealed the firearm had been legally purchased using a current Firearms Licence, however the firearm was then passed on to an unlicensed person. The search warrant resulted in the seizure of eight firearms, and a large amount of ammunition”.

This is being done via Operation Tauwhiro as part of the Organised Crime Strategy. A key element of the strategy is to address organised crime, its social drivers, and the harm it causes.

“Primarily, our ambition is to ensure communities are resilient and feel safe. Operation Tauwhiro has a strong focus on community engagement and prevention,” says Assistant Commissioner Schwalger.

Bay of Plenty District Commander Superintendent Andy McGregor says: “Since the start of Operation Tauwhiro, within the Bay of Plenty District we have made 53 firearms related arrests. In addition to the enforcement effort our staff are meeting various community groups with the aim of building community resilience and to understand where there are prevention opportunities. We are partnering with community leaders we already have strong relationships with and getting others onboard to get their support. Together we are united and committed to achieving our mission to mitigate the effect of organised crime and gun violence on whānau and communities.”

Police welcomes information from anyone who has concerns about organised crime, illicit drugs, or the illegal possession of firearms in their community. They are encouraged to report online at 105.police.govt.nz, call Police on 105, or report anonymously via Crimestoppers on 0800 555 111 or www.crimestoppers-nz.org.